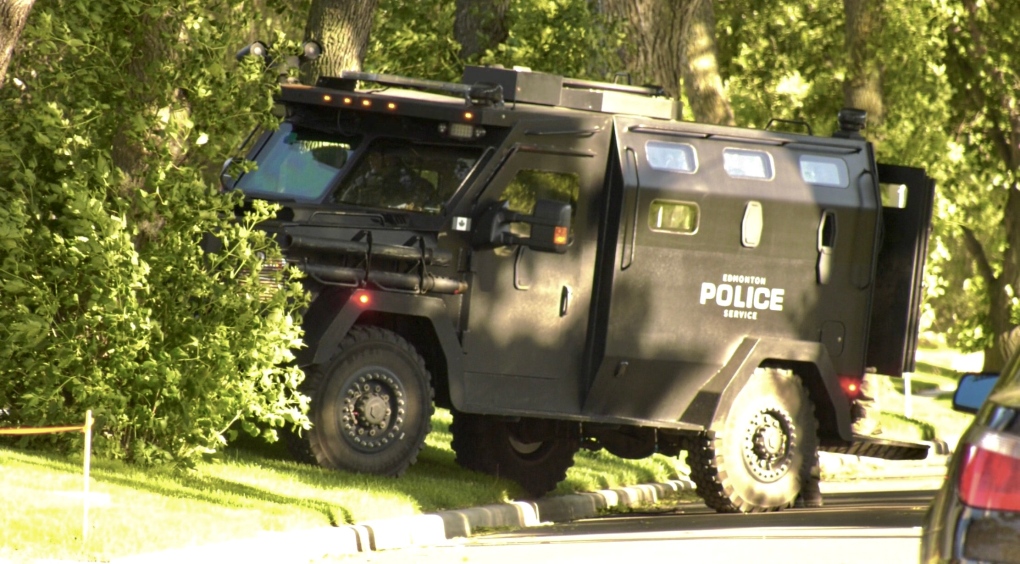 An armoured vehicle and a tactical team surrounded a house on 115 Avenue and 65 Street. Tuesday July 14, 2020 (Sean Amato/CTV News Edmonton)

EDMONTON -- Edmonton Police Service set up a command post and surrounded a home in the Bellevue area Tuesday after a man turned up at the Royal Alexandra Hospital with serious injuries.

Police with long guns were staging in a parking lot near 118 Avenue and 66 Street around 5 p.m.

An officer on scene confirmed that it was a “weapons complaint,” and the victim made it to hospital without EMS help.

The man was said to have serious injuries but police didn’t confirm what caused the wounds. 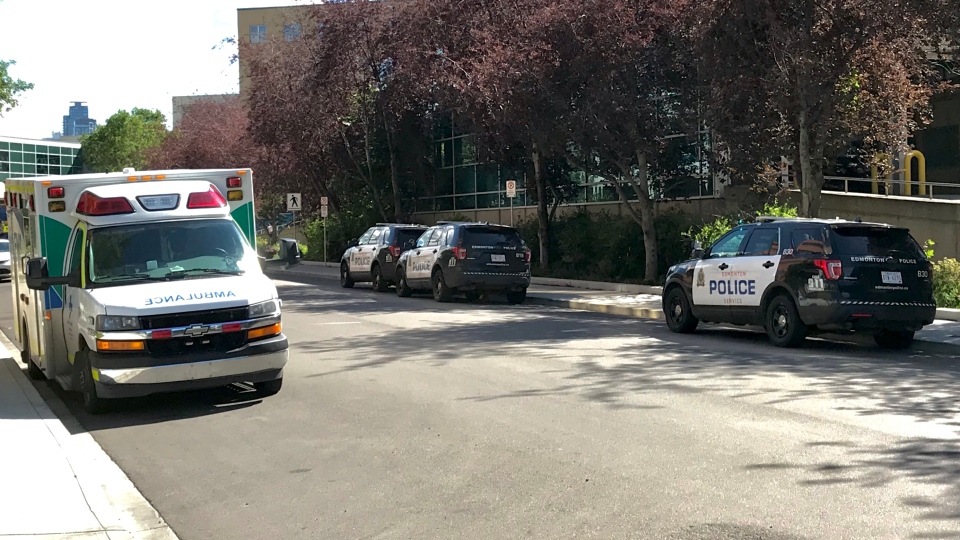 Several police cruisers were seen outside of the emergency department at the hospital around 4:30 p.m.

An armoured vehicle and tactical team surrounded a house on 115 Avenue and 65 Street.

Officers deployed a flash bang and forcefully entered the house, but did not find any suspects inside. The scene was cleared around 8 p.m.

EPS confirmed that the victim was expected to recover from his injuries.