Teddy bears rain down from the stands at Rogers Place

Graydon Gotaas scored his first goal with the Edmonton Oil Kings Saturday night, triggering a flood of teddy bears on the ice at Rogers Place.

The Oil Kings’ annual Teddy Bear Toss game was against the Moose Jaw Warriors. The Warriors were up 2-0 when Edmonton got on the board in the first period.

For the Teddy Bear Toss night, fans are encouraged to bring teddy bears in clear plastic bags to throw onto the ice when the Oil Kings score their first goal of the night.

“It's incredible, great view of the fans here - definitely a lot bigger than I’ve played in front of before - so it's super exciting to get my first as an Oil King in front of everyone here today,” said Gotaas, a defenceman for the Oil Kings.

The bears are then collected by 630 CHED Santas Anonymous and distributed to families in need during the holidays. A total of 12,409 toys were collected Saturday. 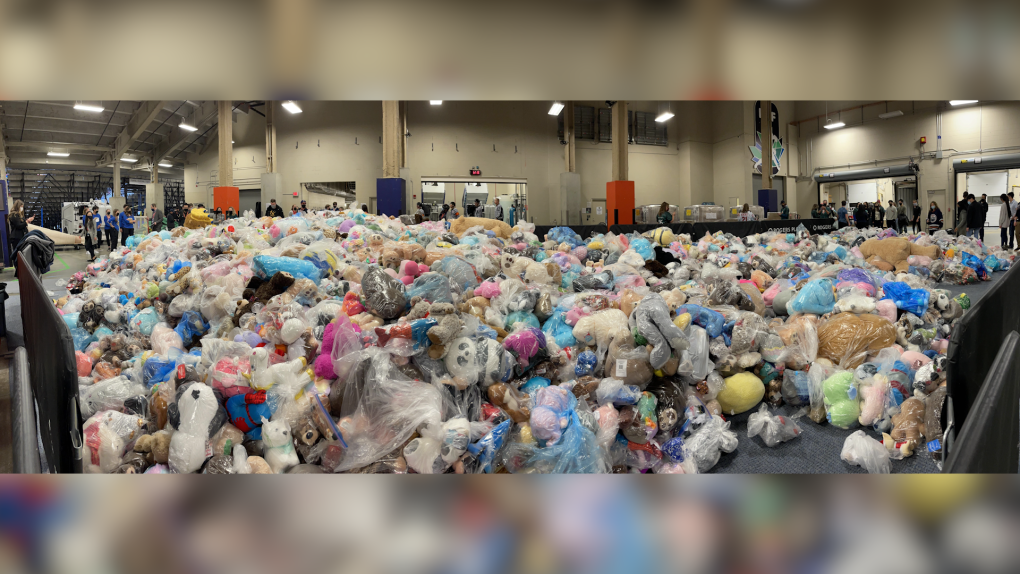 “We didn’t get one last year, but every year it’s something special, from the jerseys to the fans, the whole day itself, it’s just awesome,” said Cater Souch, an Oil Kings forward who has been at four teddy bear tosses.

The Oil Kings beat the Warriors 7-4.

The World Health Organization's chief scientist said on Tuesday there was currently no evidence that healthy children and adolescents need booster doses of COVID-19 vaccine.

Prince Edward Island health officials will be enforcing tighter COVID-19 restrictions as a way to try and slow the spread of the Omicron variant.

Residents across parts of Ontario and Quebec are recovering from a winter wallop that could take days to clean up. After leaving drivers stranded and schools closed, both provinces are now digging their way out of the biggest winter storm of the season.