Teen dies in hospital after assault outside Edmonton high school

A teenager who was attacked outside of McNally High School in Edmonton earlier this month has died.

Around 2:44 p.m. on April 8, the Edmonton Police Service responded to a report of an assault outside the school. When officers arrived, they found a 16-year-old boy with life-threatening injuries.

The teen was taken to hospital after police, firefighters, and paramedics provided first aid on scene. He died Friday, police said.

Homicide detectives have now taken over the investigation.

Police said that "a number of youth suspects have been identified and more information will be forthcoming."

An autopsy is scheduled for April 20.

"This tragedy has affected so many, but this is not a time for anger or hatred – this is a time to grieve and heal as a community,” said Staff Sgt. Colin Leathem, in a statement.

"Our crime and trauma-informed support services team is working collaboratively with the Edmonton Public School Board to offer supports to anyone who has been impacted."

Darrel Robertson, Edmonton Public Schools superintendent, said the division's crisis team was at McNally last week and will continue to support staff and students in the coming weeks.

"I want to start off by expressing our sincere condolences to the family," he said at a press conference Saturday. "Our hearts are certainly with them, with our McNally school community, with our students, our staff and everyone impacted by what is really the unimaginable.

"I know there's going to be a lot of folks searching for answers, for understanding of what happened," he added. "The reality is whatever answers that we're going to discover in the coming days and weeks are going to fall well short of our expectations." 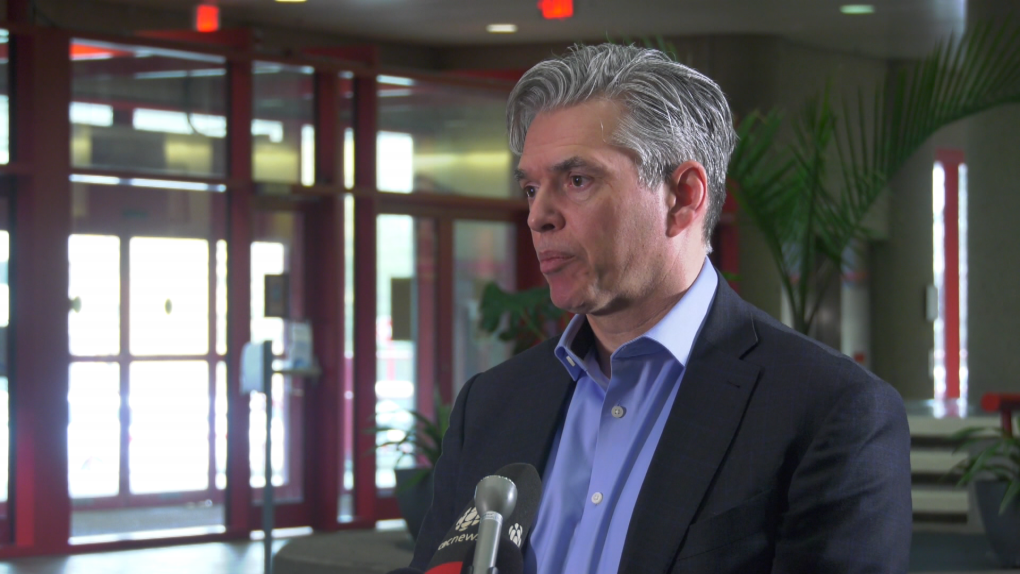 Due to privacy, the school district will not be releasing the teenager's name at this time, Robertson said.

"This is a very challenging time, so we will respect that privacy," Robertson said, adding that division staff have reached out to family members to offer support.

"Now needs to be the time for us to come together as a community and begin healing."

Adriana LaGrange, Alberta's education minister, said she was joining the school community in grieving the loss of the young student.

"I am heartbroken to hear of the tragic loss of an Alberta high school student, who passed away following a violent attack on school grounds," LaGrange said in a statement on Twitter.

Childhood friends of the 16-year-old boy dropped off flowers beside the bus stop at McNally school. One says he saw his friend in the hospital earlier this week. They came to the school today to remember him. https://t.co/RO5HyKSohV pic.twitter.com/E6KQ3FBAUQ

Edmonton Public Schools is the city's largest school district, with 107,000 students. Robertson said he wants to ensure parents that all schools in the division are safe.

"I want parents to know our schools are amazing places and we work very hard to ensure the success of our kids and that includes their safety," he said. "Safety is obviously of paramount importance to all of our schools across the division."