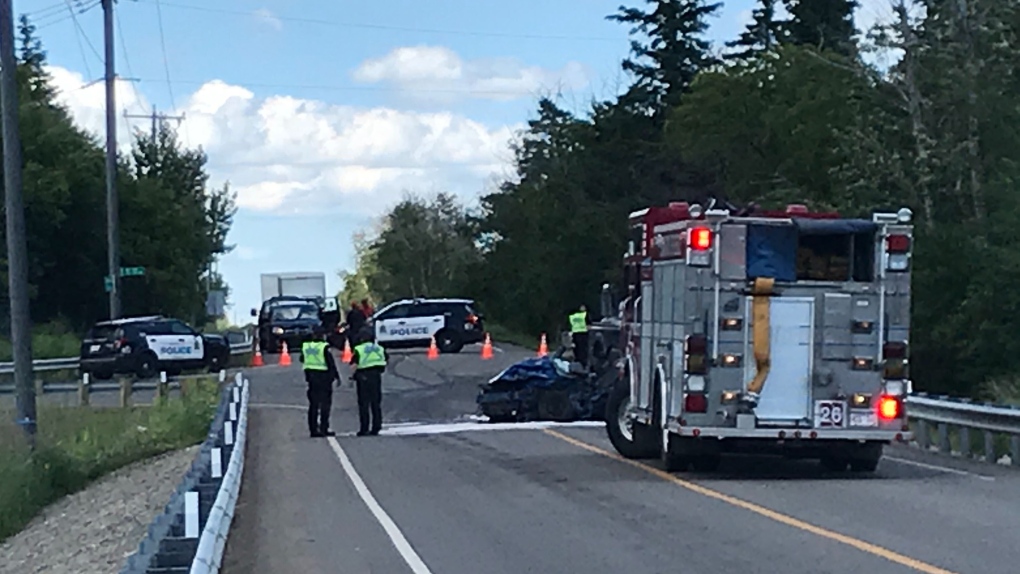 Police are investigating a two-vehicle crash on Ellerslie Road that sent one person to hospital with life-threatening injuries. July 10, 2020. (CTV News Edmonton)

EDMONTON -- A driver has been taken to hospital with life-threatening injuries following a crash on Ellerslie Road Friday afternoon.

Edmonton police say the two-vehicle crash happened in the intersection of Ellerslie and 17 Street just before 2 p.m.

Police said an 18-year-old woman was driving southbound on 17 Street approaching Ellerslie Road in a Chevrolet Cavalier. The driver was making a u-turn when a Ford F-350 being driven by a 40-year-old man on 17 Street hit the car.

The woman was taken to hospital with STARS Air Ambulance with serious injuries. The driver of the truck wasn’t injured, nor were the three other people in the truck.

The intersection was closed for several hours, but has since reopened.

Charges are pending against the driver of the truck.