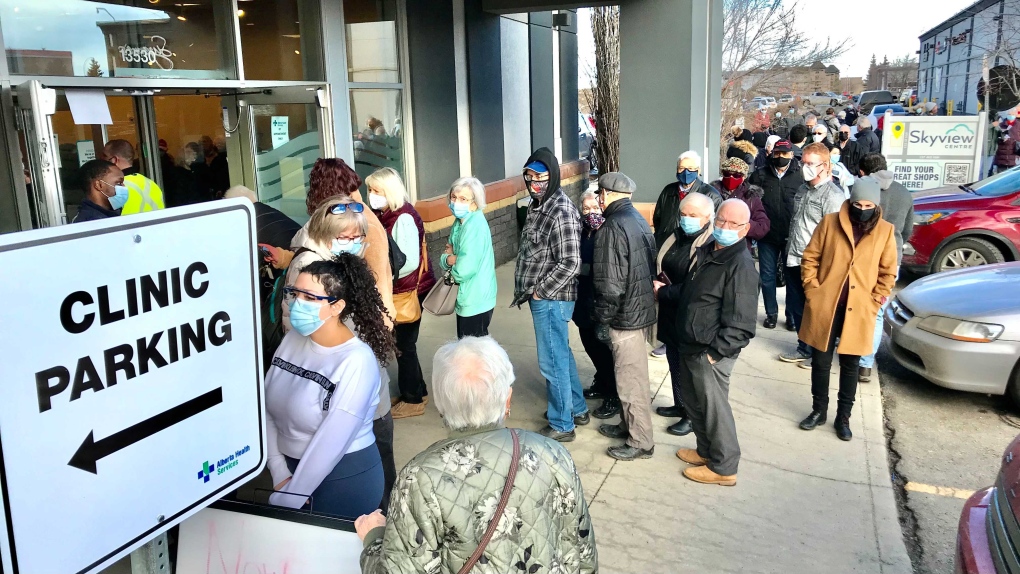 Some Albertans waited more than two hours in line to get their COVID-19 vaccines on Feb. 25, despite having booked an appointment. (Sean Amato/CTV News Edmonton)

EDMONTON -- Hundreds of seniors lined up outside of a north Edmonton COVID-19 vaccination site Thursday - with many waiting two hours past their appointment time.

The lineup outside of the Skyview temporary AHS location on 137 Avenue and 135 Street was longer than a football field around 4 p.m.

“Incredibly unorganized, and no one knew nothing, and it was two hours longer than it should have been after we made an appointment,” Rob Enger, who brought his 85-year-old mother to get vaccinated, said.

“Dr. Hinshaw had plenty of time to plan this out, but she didn’t plan nothing. This was unorganized the worst I’ve ever seen.”

Enger said his mother was very happy to get it done - but with many people clearly not physically distancing in the line and around the entrance - he wondered about the safety of the process. 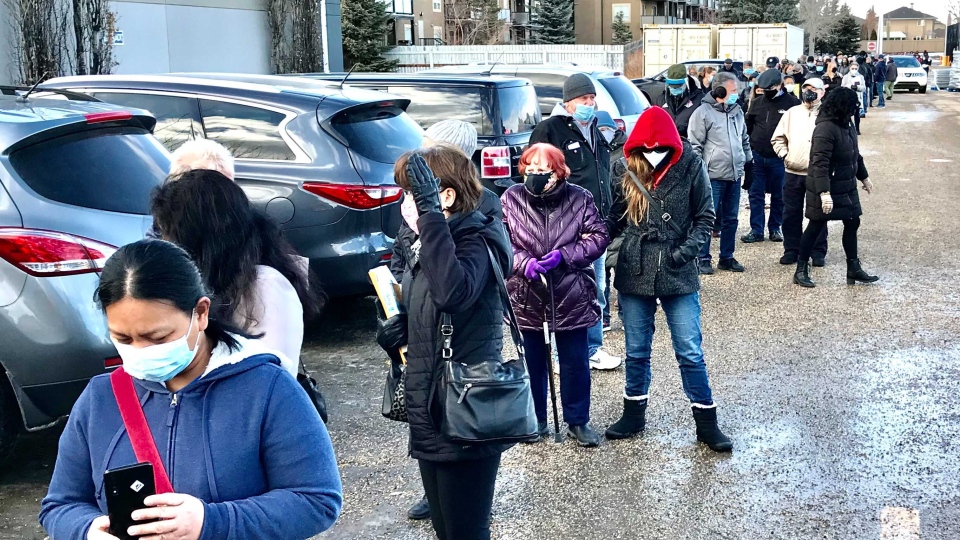 Alberta Health Services addressed the wait times on Twitter, and said additional staff and signage would be added to encourage people to wait in their cars until their appointment time.

“Some individuals are arriving at appointments 30–60 minutes in advance, and as a result, wait lines are forming outside the facilities. We ask that all clients wait in their cars until 5 minutes before their appointment & not arrive more than 10 minutes early,” the statement said.

“We understand everyone is eager to receive their immunization. We want to reassure those who booked their appointment that they will be vaccinated.” 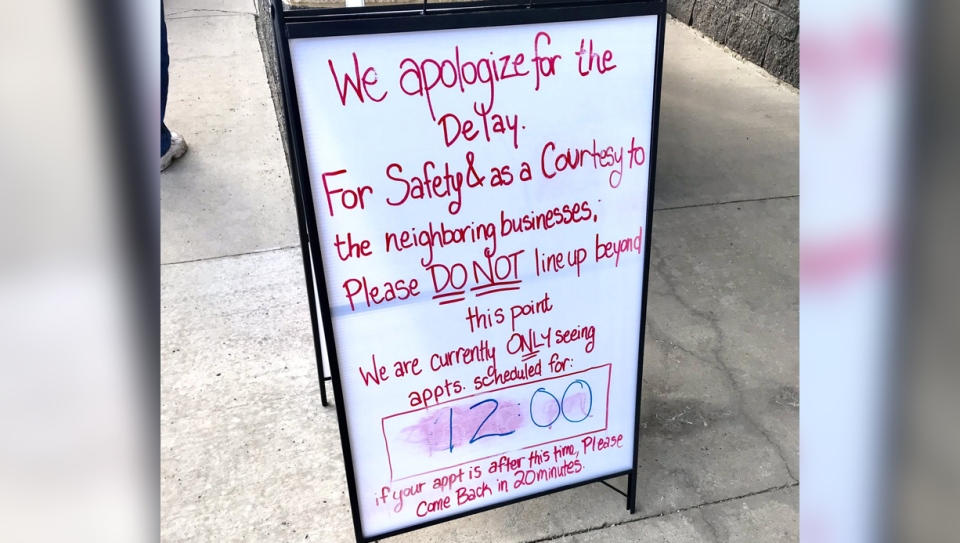 The sign outside said workers were seeing noon appointments. It was 4:30 p.m. (Sean Amato/CTV News Edmonton)

'THANKFUL' STILL TO GET THE JAB

Some seniors brought lawn chairs, others were seen seated on walkers and wheelchairs.

Louise Wright sat on her walker and brought a book to help pass the time. 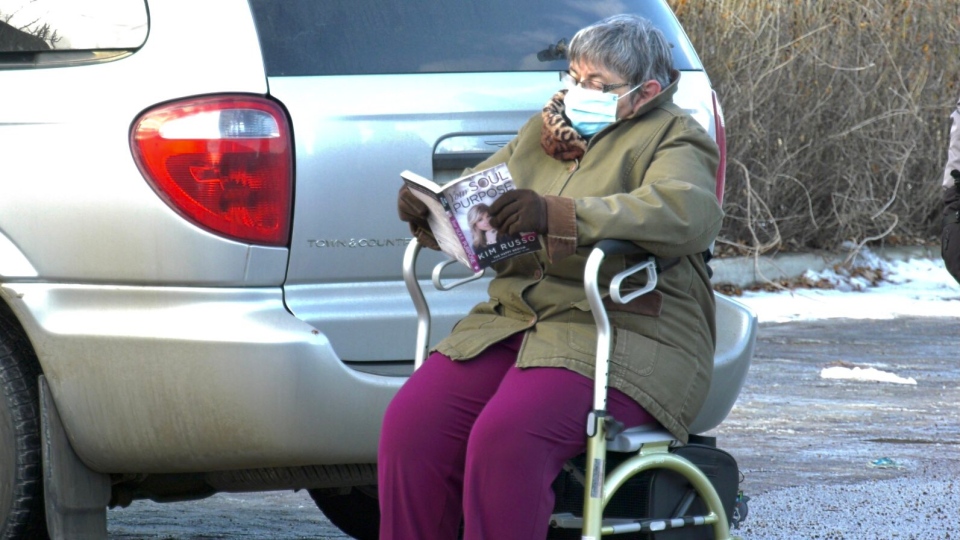 “It’s ok. I’m just glad to be here. Let’s face it, there’s some that won’t get this until later in the year. So we gotta be thankful for what we get,” Wright said adding she had been waiting about an hour and was roughly halfway to the entrance.

“It’s ok for me but if I was 10 years older I’d be very tired and very upset at this point,” Cairns said, adding that the warm weather made it more bearable.

Health Minister Tyler Shandro released a statement saying more than 100,000 seniors 75 and over had booked appointments as of Thursday.

Opposition Leader Rachel Notley shared a photo of the Skyview site and said the booking process was “chaos.”