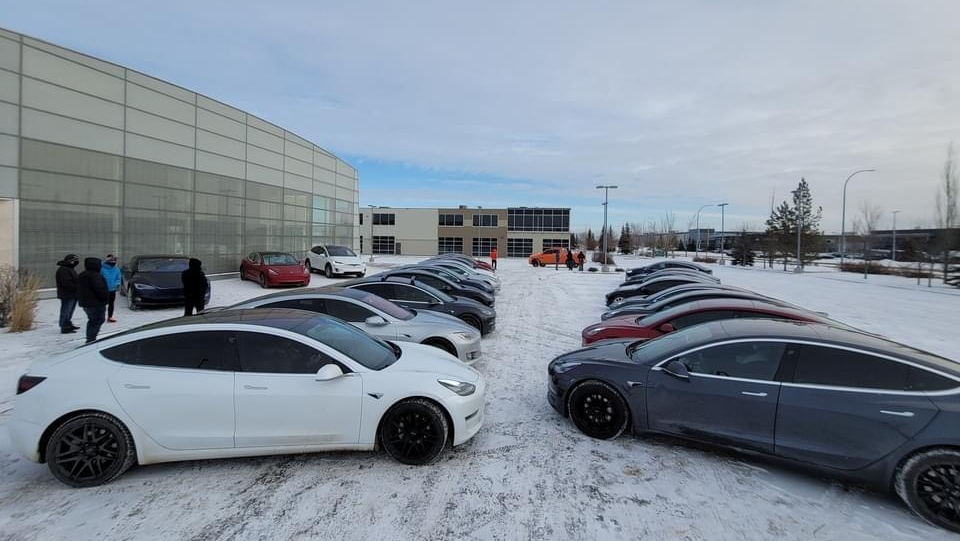 EDMONTON -- A source close to Tesla's Alberta operations confirmed to CTV News Edmonton Friday the company will be opening a service centre in Edmonton at an unspecified date.

Tesla already has a store and service centre in Calgary. Local electric vehicle enthusiasts believe interest elsewhere in the province has prompted the company to expand further north.

"Allow people to get test rides or to organize individual test rides but just having that ready to go," Andrew Batiuk of the Electric Vehicle Association of Alberta told CTV News Edmonton. "Seeing is believing. As soon as people feel the acceleration of a Tesla, even their low performance ones, it still pretty much seals the deal if they were remotely interested to start."

Batiuk – who has owned a Tesla since 2014 – also said an Edmonton service centre would better meet the needs of owners in the city who, on occasion, would have to drive to Calgary to have their vehicles serviced.

"While they did have a great system where they would come and do most work in your garage, there was a couple things they couldn't do and they would require people to get their car to Calgary," he said.

Batiuk estimates there are a couple thousand Teslas in Edmonton and expects the local service centre to boost sales.

In January, several owners brought their vehicles to the rumoured location in west Edmonton for a photoshoot.

"It's pretty darn exciting," said Batiuk. "We get to kind of joke that, you know, the service centre's here, even though it's, you know, still a few months away."

Tesla is actively hiring and has posted several Edmonton jobs on its website and other online job sites.

Last month, the first Tesla store in Saskatchewan opened in Saskatoon. It also has locations in Quebec, Ontario and BC.

"They are absolutely leading the way," said Batiuk. "They just made a very compelling product and people are responding to it."

The company has not responded to weeks of inquiries by CTV News Edmonton.