The shocks haven't stopped coming for a year. 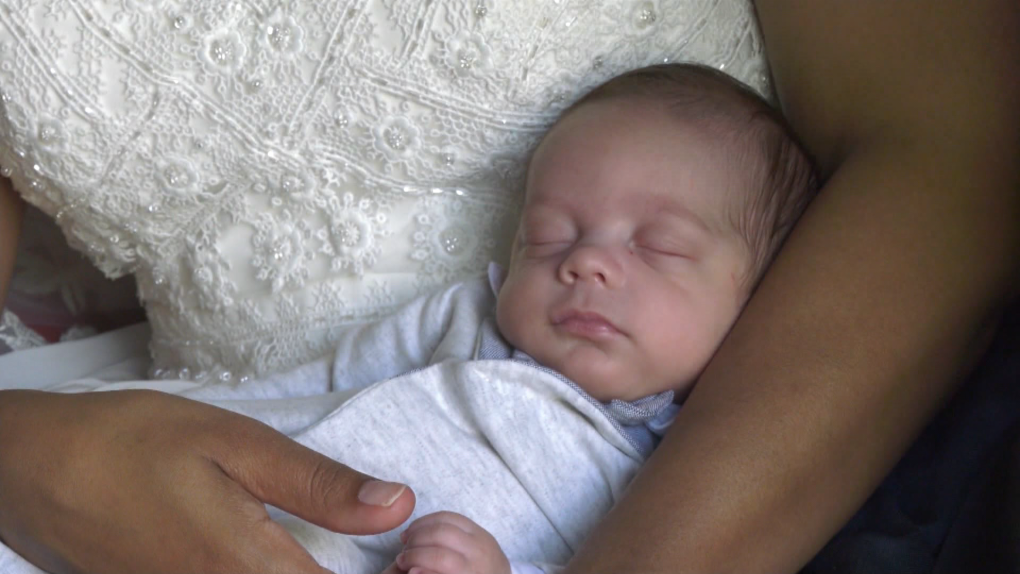 Chandra and Tyson Dahl were surprised by NICU staff who, on the day of the couple's wedding, dressed their preemie twins up as a ring bearer and flower girl. Jaycen, pictured here, and his sister Arianna were born six weeks before Chandra's scheduled C-section on April 11 at around three pounds. As of June 15, Arianna was expected to be able to come home in a couple of weeks.