The Canadian Derby returns to Nisku

EDMONTON -- The 91st Canadian Derby happened in Nisku Sunday night, though COVID-19 had it looking a little different in 2020.Due to COVID-19 restrictions ticket sales had to be limited.

This year, only 200 tickets were sold.

“We budgeted for 200 people outside as per the (Alberta Health Services) regulations, and security will be on top of it, so we’re making sure everyone’s playing by the rules,” said Matt Jukich, the racing manager at Century Mile. 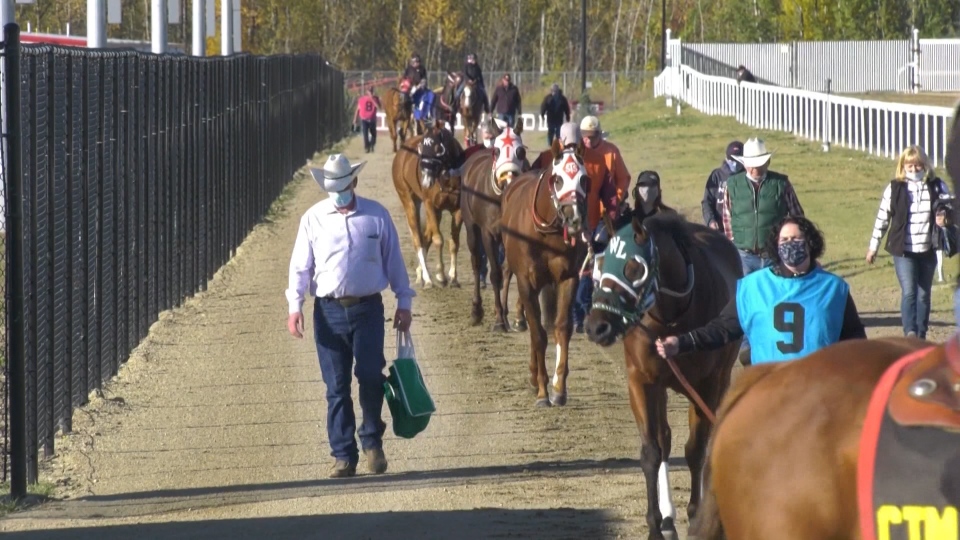 Jockeys have been back at the track since June, preparing for the return of racing. Attendance levels can’t be what they were in previous years but it’s better than nothing, according to Jukich.

“It’ll be strange but it was strange to begin the year here when we had nobody here so this is an improvement (from) no fans. But we’ll just do the best we can.”

This is the second year the “Super Bowl” of horse racing has taken place at the Century Mile racetrack.

“It’s exciting. Love the racing and it’s a really good time to spend with friends,” said Pat Buckler in the audience.

Some of the fans at the event said while they were happy to be back at the track, it wasn't the same without large crowds. Jukich said that even with a diminished crowd, the races haven’t changed.

“Nothing changes for the owners, the trainers, the jockeys, it’s their biggest day to get some money in their pockets and this is the day that everybody who buys a yearling or horse wants to win. It’s the race that everybody wants to have on the mantle.”

The Canadian Derby is the biggest event in Canadian horse racing.

Races will continue to happen at Century Mile until November.