'The Conversation' that has residents of Parkallen talking 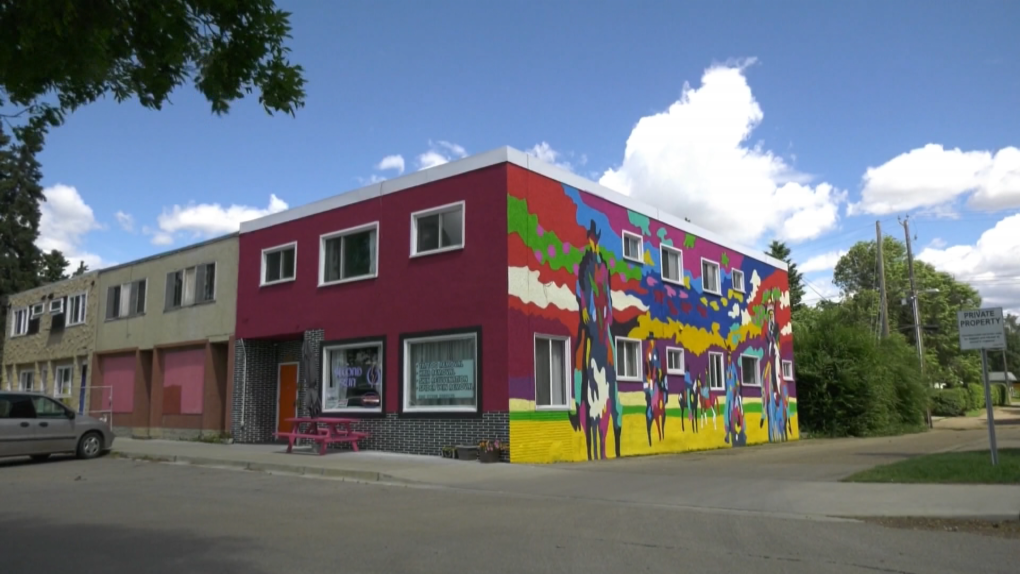 EDMONTON -- A two-storey building in Edmonton's Parkallen neighbourhood has a new burst of colour.

The vibrant mural called "The Conversation" was done recently by Metis artist Jean Paul Langlois. It depicts two people on horseback having a conversation while others are riding away from it.

"I tend to name my work after books or films," said Langlois. "The Conversation is kind of a cool movie."

Langlois, who didn't take part in cultural traditions growing up, says there's no real message in the mural, but believes it to be appropriate with rising racial tensions around the world.

"Some of us want to stay at the table and continue the conversation, and other people start walking away."

Langlois says the neighbourhood was very receptive to his work, the city even chipped in to help fund it.

"When I pitched it I said I wanted to do something about colonization and reconciliation and talk about my own, issues with my, I don't even know what you'd call it, my uncomfortableness of my own Metis history," said Langlois. "And they were all on board and yeah, I'm just so happy that it happened."

"The Conversation" took Langlois about two weeks to complete.