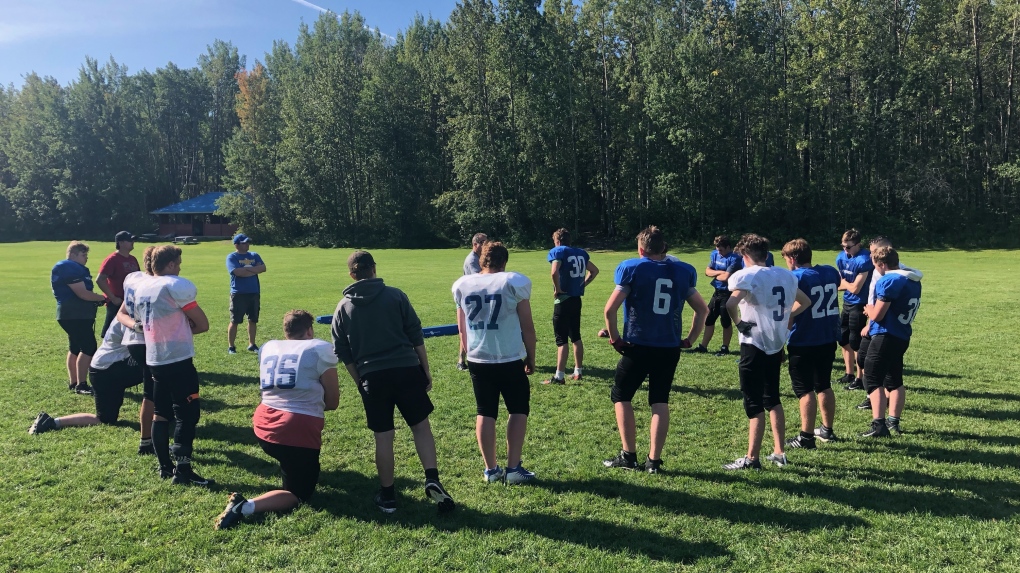 Frank Maddock High School, in Drayton Valley, says community donations will ensure its football team, the Warriors, will be able to continue their season unaffected by a recent theft. (Courtesy: Shelly Cloke)

A high school football team will be able to continue the season after its community stepped up to replace items stolen from its school shed.

The principal of Frank Maddock High School in Drayton Valley says three generators and the team's medical supplies were stolen from a shed on its sports grounds Wednesday evening.

A broken lock was noticed Thursday morning when a class went out to the field.

"When things like that happen, it just hurts our students," said Principal Shelly Cloke, "so we are again, very thankful to have the support and the response from the community."

So far, no player equipment has been noted stolen.

The generators were used during home games to power items like the score clock.

Some Drayton Valley community members have stepped forward to help the school replace what was lost.

"It's unfortunate when these things happen, but we are so appreciative (and) thankful," Cloke told CTV News Edmonton.

Thanks to the donations, the Frank Maddock Warriors will be able to play out the season, unaffected.

"The kids are good to go. They're good to play, and we're very proud of our sports teams."

RCMP are investigating the theft.

This is the second incident the school has dealt with since the start of summer.

Earlier in the year, the fuel lines on two Frank Maddock buses, used for extra-curricular activities, were cut while the vehicles were stored in a locked compound.

Drayton Valley is located about 130 kilometres southwest of Edmonton.