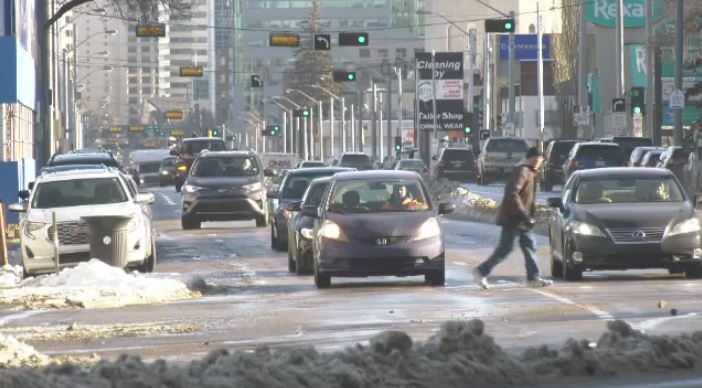 EDMONTON -- World Kindness day is observed on November 13, and an Edmonton psychologist says making an effort to be kind can be life-changing.

The day was introduced by several international NGOs two decades ago, and is observed in at least seven countries including Canada.

It’s not the focus of any official ceremonies or declarations, but it’s a great idea according to a local psychologist.

Leslie Block says in a society divided by many issues, from the firing of Don Cherry to impeachment hearings in the U.S., there’s a need for a day of kindness.

The day aims to highlight kind gestures, which is good for the mental health of the people who receive, and the people that give.

A recent study out of UCLA found that being kind, and receiving kindness, can make you healthier and help you live longer.

Block says that not only should World Kindness day include random acts of kindness to others, but it serves as a good reminder to be kind to yourself.

“We often think of kindness to other people but we forget about being kind to ourselves, being forgiving to ourselves,” said Block. “We expect things that are unrealistic and put the pressure on.”

Random acts of kindness can gain momentum, like being let into a busy road during your morning commute with a smile from the other driver says Block.

“This just changes your whole disposition for the day, and that can carry on when you then are kind to somebody else.”

The random act of kindness that most Canadians are familiar with is paying-it-forward in the drive-thru.

“When we do these things and you see the response you get, and it’s immediate, it’s an immediate gratification.”

Block says the best way to reinforce kindness, is to acknowledge when people are being kind to you.

“When somebody opens the door for you, thank them,” says Block. “It doesn’t cost anything, and it goes a long way.”