The model of composure and confidence: One reporter's tribute to Daryl McIntyre 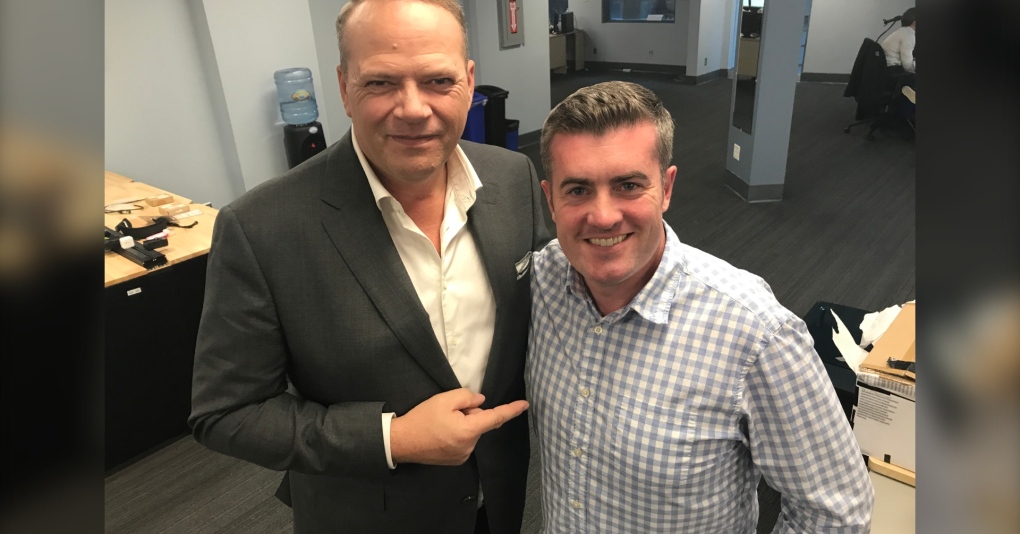 Friday, Sept. 13 marked an interesting and somewhat tough day at the shop. After 33 years on the anchor desk, today is Daryl McIntyre’s final newscast.

Many of you know Daryl for his smooth, baritone delivery, his trustworthy, authoritative manner and his longevity as an anchor.

The people who work with him know Daryl for those things and much more.

As a TV journalist, Daryl is basically as good as it gets.

I can still vividly remember a day in October of 2007. Emrah Bulatci was arrested in Edmonton, following a massive manhunt, after a Mountie was shot and killed in the Northwest Territories.

When police confirmed his arrest, the decision was made to break into programming with a live update. Someone (I think it was Robby Williams) offered to write something up quickly.

Daryl replied that he would just wing it, and he did. He started by saying that a suspect had been arrested in the death of a Mountie, and recapped the events of the days that proceeded, in a concise, clear, thoughtful way, without a script. And he didn’t miss a beat.

It was the first time I realized that a human being could be capable of that.

That day shaped me as a television journalist. It reminded me that no matter how hard I worked, how much I accomplished, I could always get better. It gave me something to aspire to. To this day, I remind myself to constantly improve, professionally.

In the years that followed, I was fortunate to work with Daryl in many live situations, from multiple provincial budgets and elections, to the fires that devastated Slave Lake and Fort McMurray.

In every single instance, Daryl was a model of composure and confidence. Scripted or non-scripted, Daryl had a unique ability to report on live news, and he made the reporters around him better. His calmness and composure made the rest of us more confident, and less panicked, no matter how big the story was, how quickly it was changing, or how little time we had to prepare to go live.

Daryl has also been a major leader in the newsroom, often quiet, then suddenly piping up with his thoughts and opinions. And trust me, when Daryl piped up, everyone listened. His ethical, thoughtful, careful, quick decision-making ability is second to none. We will miss that in the newsroom.

In 2017, Daryl was named Canada’s best local news anchor. The country found out what we already knew.

Daryl will be switching gears to something else. Whatever it is, he will be great.

I’m lucky to also know Daryl as a friend, and I hope that doesn’t change.

He looms large (as the photo shows) physically, and symbolically, and he will be missed. 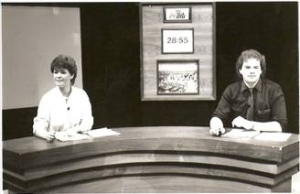 A look back at the career of Daryl McIntyre