'The winds hammered us': Active wildfire near Tomahawk, Alta., swells to 2,200 hectares

EDMONTON -- Dozens of people were told to leave their homes Thursday night because of the threat posed by a wildfire west of Edmonton.

Friday afternoon, the blaze near Tomahawk, close to the borders of Parkland and Brazeau counties, was still active and was over 2,200 hectares in size.

“Fire crews have managed to stop the direction of the fire and it is not growing,” Parkland County officials said in an update posted to their Facebook page after 3:30 p.m Friday.

“Fire crews remain diligent in working to contain this wildfire, with life and livestock safety as our top priority followed by the protection of structures,”

Over 60 firefighters continued to fight the blaze Friday alongside two helicopters. 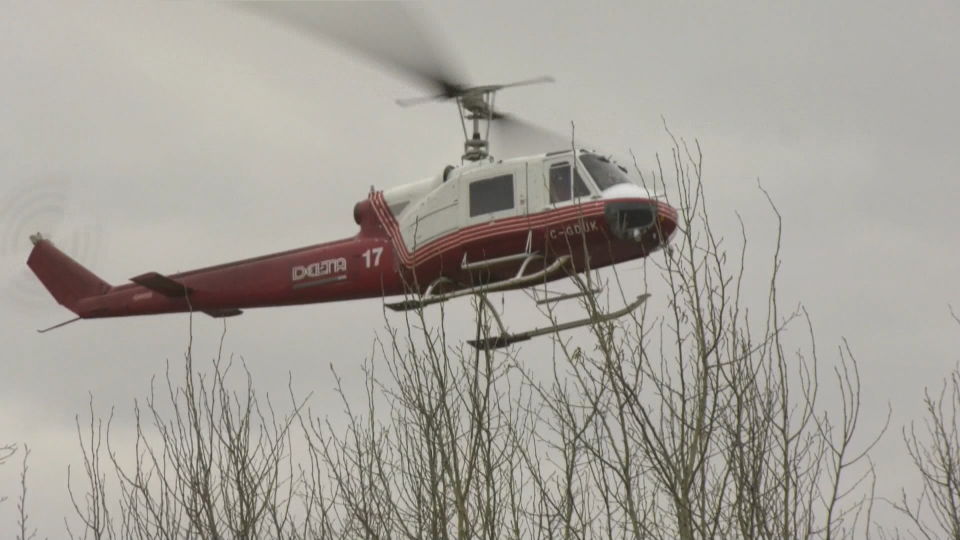 A helicopter takes off near Tomahawk, Alta. to help firefighting efforts as the blaze swells to over 2,200 hectares (CTV News Edmonton/Matt Marshall)

Dianna Hanna, who left her home around 6 a.m. Friday with her household pets but couldn’t bring her horse, is one of many left hoping for the best.

"It is very hard," she told CTV News fighting back tears.

“The fire was going to jump across the highway,” she added. “The way the winds were last night was crazy.”

An evacuation order was issued Thursday evening for 150 hectares at the west boundary of Parkland County.

Alberta Wildfire is assisting with several wildfires outside of the Forest Protection Area, including this one in @ParklandCounty near the town of Tomahawk. Airtankers are helping out, with more on the way. pic.twitter.com/PKVM7loyBq

Officials said about 45 people checked into a reception centre set up at the Tomahawk and District Sports Arena, but that they believed many others were given shelter elsewhere.

“Everybody that has been evacuated has had access to food and shelter,” Parkland County officials said.

Ground crews are working ahead of the flames, making sure anyone in the fire's path has left and preparing properties as best they can. There were also multiple helicopters and tanker planes working from above.

According to fire chief Brian Cornforth, there is no re-entry plan yet, but his department will be working with individual property owners to safely remove livestock and other valuables from their homes as soon as possible.

Cornforth added that while the winds have not helped firefighter’s efforts, he hopes the overcast and rainy weather today will allow them to put out the blaze.

“The winds yesterday really worked against us so we had a lot of rapid fire growth,” he said. “The winds hammered us all night long.”

Updates to the emergency alert are published online.

As of Friday afternoon, there were 18 wildfires in Alberta's wildfire protection areas burning.

COMMUNITY BANDS TOGETHER TO HELP EVACUEES

Andrew May, a water truck company owner, told CTV News that he offered his own water truck to help hose down power poles so officials can replace them and restore electricity to the area.

“Just giving them a hand cause they kinda just need some help,” May said.

At least nine have burned down so far. 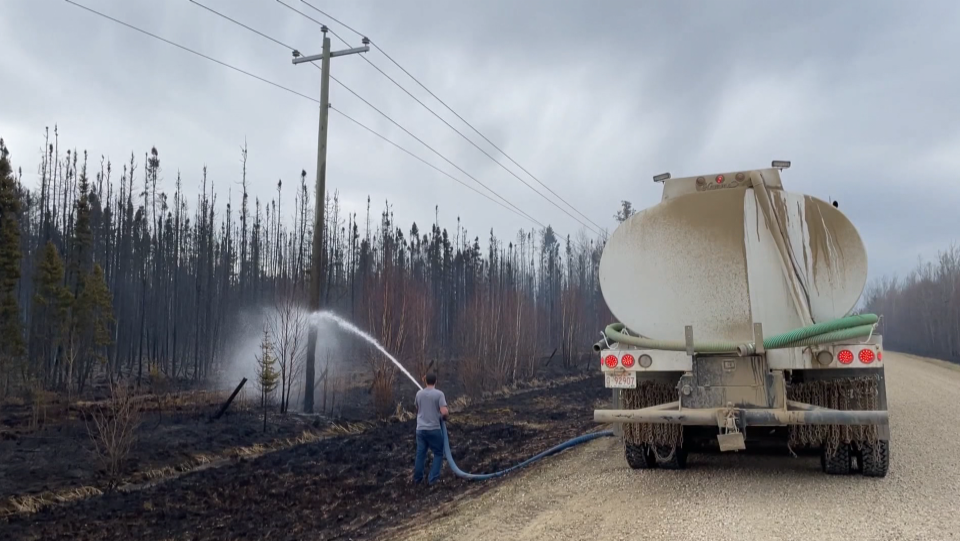 Hotels in the region, like the Hampton Inn and Suites Edmonton International Airport, were offering evacuees discounted rates.

Dozens of people made room in their homes for those displaced by the fire and their livestock or pets.