'There's been fires': Edmonton business concerned after garbage from encampment went up in flames

'There's been fires': Edmonton business concerned after garbage from encampment went up in flames

The owner of an inner city business in Edmonton is growing frustrated with the mounds of garbage piling up from encampments near his store.

Gesturing at the outside of his building, Ken Lucki, the owner of Lucki’s Exercise Equipment said: “See all the burn marks there cause? There’s been fires there twice now.”

Lucki told CTV News Edmonton his family has been doing business for more than 40 years but he’s been in his current location since around 1993.

He said homelessness in the area has been a “never ending process.”

Since there’s a lot of walk up apartments in the neighbourhood, Lucki said people will grab bags from the dumpsters and tear them open leaving piles of debris behind.

Recently, Lucki said a homeless person was living out back for about three weeks and it’s the most garbage he’s ever seen behind the store.

“I’m worried about exactly what happened, someone throwing a match in it.” 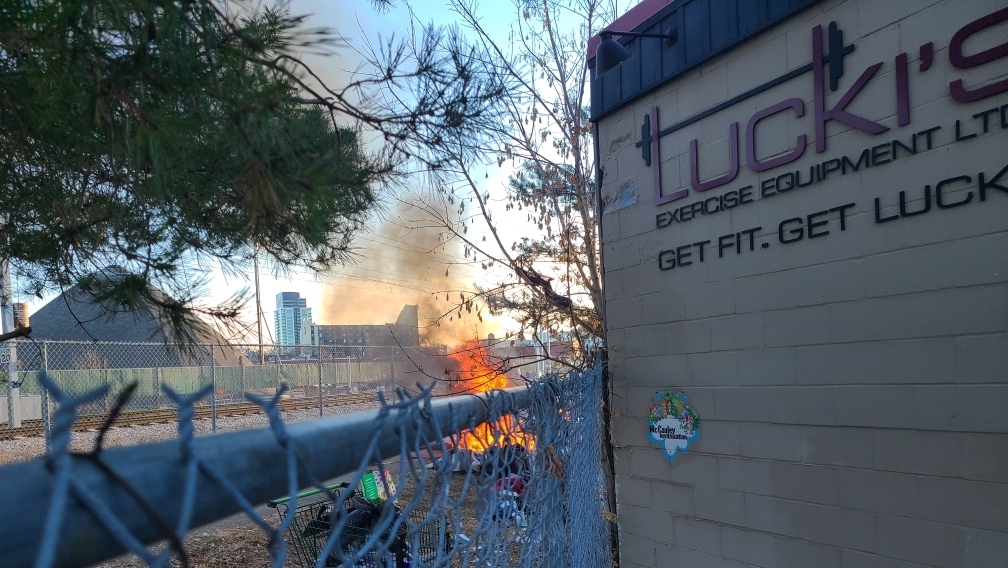 With young families in the neighbourhood, Lucki expressed concern with the amount of tinfoil and drug paraphernalia laying around as well.

“Their kids can’t even go outside and play because there’s so much homeless activity,” he said.

“It just seems like the inner city we’re supposed to tolerate it all the time.”

'WE NEED TO FOCUS ON SOLUTIONS'

Lucki told CTV News he’s called the city a number of times to notify them of the encampments as well as the constant garbage.

He noted that he typically starts his mornings by doing a sweep around the building, and cleans up needles to drop off at the fire department.

“I don’t know if we’ve had customers maybe driving up here and they go, ‘Well, I’m not getting out here.’” 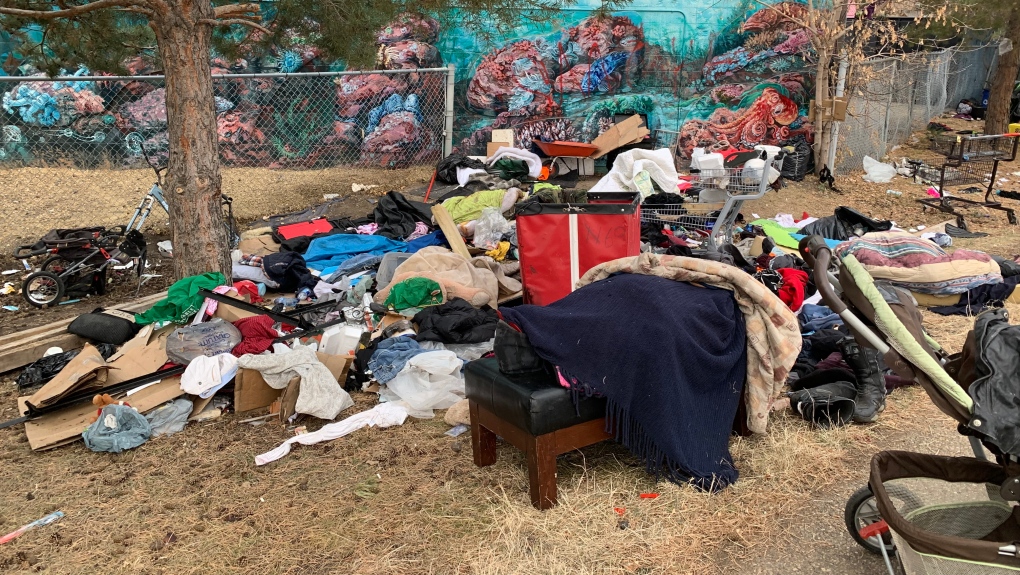 Lucki said he would like to see an increase in patrols in the area, more scheduled clean-ups and more resources made available to the city’s most vulnerable.

“Sometimes they’ll have a crackdown and get them all out of here, then it’s only a day or two and they start coming back,” he said.

“We need to focus on solutions rather than just letting it keep propagating.”