These are the Christmas movies you should watch this holiday season 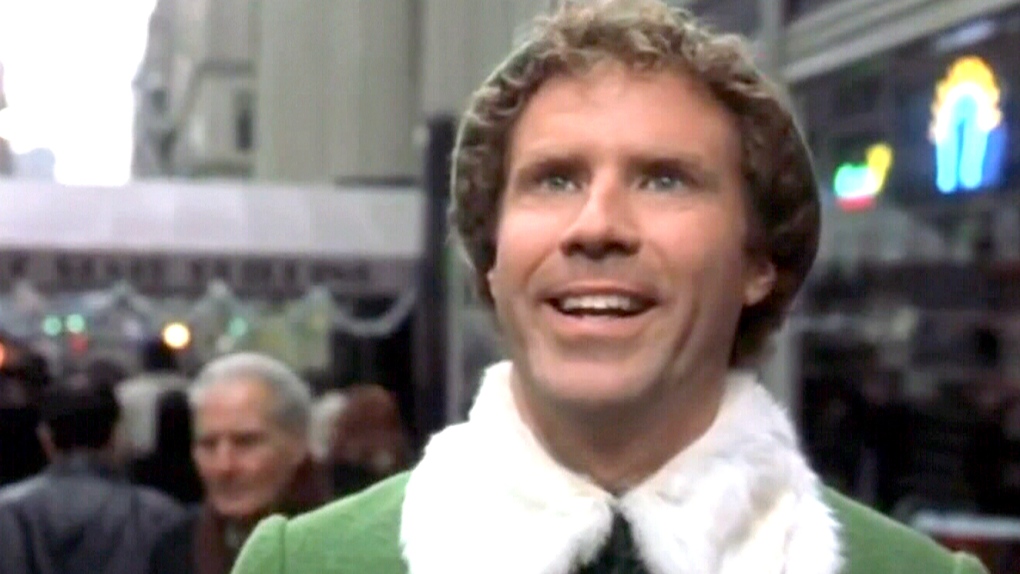 EDMONTON -- I’m a sucker for a good Christmas flick – and as much as I love the classics, I also try to discover a great new holiday flick each year. But let’s be honest, once the kids go to bed, the grown-ups might want to watch something with a little more…edge. So with that in mind, here’s a list of some can’t-miss CLASSIC Christmas flicks, along with a few NEWER Christmas flicks that may have flown under your radar…

Let’s start with the….NICE! HOLIDAY CLASSICS FOR THE WHOLE FAMILY

There’s a reason this has become the perennial, must-see Christmas movie for generations of movie lovers. Believe it or not, the movie was a box-office flop upon its initial release, but, much like another beloved box-office failure (“The Shawshank Redemption”), this story of overcoming all obstacles and adversity was rediscovered on TV and home video, to the point where for most people, it just isn’t Christmas without a viewing of this absolute classic.

Hands down, the greatest made for TV Christmas special ever made, this brings me right back to my childhood each and every time I watch it. The songs, the animation, the voices, the story, the Abominable (who scared the heck out of me when I was a kid!), and Burl Ives as a singing snowman narrator – it all combines to create one of the most magical hours of television ecer produced.

Barely registering a blip at the box-office when released theatrically in the fall of 1983, this warm and funny, semi-autobiographical period piece has since become a beloved modern-day classic. A lifelong favourite since the first time I saw it (yes, in 1983!), and the fact that it was directed by the same man who made Black Christmas makes it that much more delicious.

Show me someone who doesn’t like Elf, and I’ll show you a liar. Will Ferrell was already a breakout star of SNL, and had been scene-stealing for years with his hilarious supporting roles in movies, but it was Elf that really shot him into the stratosphere. A box-office blockbuster in 2003, with its near-perfect mix of HUGE laughs and a big heart, this is the #1, go-to Christmas movie for a lot of people.

From Aardman Animation (Wallace and Gromit, Chicken Run), comes another absolute winner. With great voice work from British stalwarts like James McEvoy, Hugh Laurie, Bill Nighy, Jim Broadbent, and Michael Palin, this fast, funny, and utterly charming caper is great fun for the whole family. As we’ve come to expect from Aardman, it’s great for kids…but adults will find just as much clever humour, charm, and wit to enjoy here.

After you’ve shared some love, laughter, and tears with the family, it’s time for a little…

NAUGHTY! CHRISTMAS MOVIES FOR THE GROWN-UPS!

From Richard Curtis, the brilliant mind behind Four Weddings and A Funeral, Notting Hill, and so many other comedy classics, comes the ultimate holiday-season romantic comedy. Not necessarily “intended” as a Christmas movie, this has nonetheless become a perennial holiday favourite. With a fantastic cast that includes Hugh Grant, Keira Knightley, Bill Nighy, Liam Neeson, Emma Thompson, Colin Firth, and Chiwetel Ejiofor, this is the ultimate “curl up on the sofa with someone you love” comfort food of a movie.

Precursor to every 80’s era slasher movie you’ve ever seen, this incredibly scary Canadian thriller set itself apart with a top-notch, rising young cast (Olivia Hussey, Margot Kidder, Keir Dullea, and Andrea Martin), skin-crawling atmosphere, and more hair-raising chills in the first five minutes than most horror movies can muster in their entire run times. The infamous “phone calls” are still as disturbing (and terrifying) as they were when this movie was released 45 years ago. Forget the lame remakes (yes, it’s been remade not once, but TWICE!), turn out the lights, and get ready to get scared.

Who would have thought that three movies in, the Harold & Kumar franchise would deliver the best film of the entire trilogy? While the first film in the franchise seemed (at first) like it was likely a case of lightning in a bottle, the beguiling duo of John Cho and Kal Penn proved they had a lot more to give, with this crude, rude, raunchy, and utterly hilarious Christmas comedy. Plus, Neil Patrick Harris is back; what more could one ask for?!

In recent years, we’ve seen a real spate of raunchy, adult-skewed Christmas comedies (oh, Bad Santa, what hath though wrought?!), and this 2016 laugher is one of my favourites. With the reliable everyman Jason Bateman, the always hilarious T.J. Miller, and a wickedly devilish turn by Jennifer Aniston, this uproarious comedy is filled with some truly big laughs. Besides, this is literally the ONLY “office Christmas party” any of us will be able to attend this year, so why not live vicariously through this dysfunctional bunch!

Seth Rogan, Anthony Mackie, and Joseph Gordon Levitt make for a dynamic trio of lifelong friends who know their annual Christmas tradition may be coming to an end. So, they set out on one last, wild night of debauchery, looking for the holy grail of New York Christmas parties. Like many of the Judd Apatow comedies that seemingly inspired this film, The Night Before mixes some real heart and genuine emotion with the over-the-top nature of the comedy.

And so, with Christmas mere days away, why not dip a toe into the waters of the…

NEW! CHRISTMAS FLICKS YOU MAY NOT HAVE SEEN YET

Kurt Russell appears to be having the time of his life here, as young Kate and her reluctant older brother Teddy embark on a night-long adventure with Santa Claus himself, as they attempt to SAVE Christmas after Santa’s sleigh breaks down, and the reindeer go rogue. This is LOADS of fun, and suitable for all ages, as is the just-released CHRISTMAS CHRONICLES 2!

FOR THE WHOLE FAMILY

Relive the glory days of 2019, when we used to go see movies IN THEATRES (!), and settle in for this charming British rom-com. Game of Thrones star Emilia Clarke is luminous, in a film that takes its inspiration from one of the greatest Christmas songs of all time, and delivers a good old-fashioned holiday-themed heart-warmer.

This is my latest obsession…and my #1 PICK for Christmas 2020! As DASH, Austin Abrams – perhaps best known as young Kate Pearson’s brooding boyfriend on This Is Us – takes a classic ‘I hate the holidays’ slacker character, and subverts it into a character you actually end up rooting for. As LILY, relative newcomer Midori Francis is an absolute revelation – a shy and somewhat insecure lover of all things Christmas, under whose spell Dash immediately falls…even though they’ve never met. To say more would spoil the fun, but trust me when I say this is THE Christmas story you need to make room in your heart for this year.

STRICTLY FOR THE GROWN-UPS!

And finally, for everyone out there who enjoys their Christmas stories with a little more subversion and edge, comes this remarkably clever, funny, and unpredictable horror comedy – think Scream meets Home Alone, and you’ll get the idea. This movie is an absolute hoot from start to finish, turning both the “babysitter in peril” and “home invasion” genres on their heads, and just when you think you know where it’s going…it goes somewhere else. Highly recommended, but DEFINITELY not for the kiddies!

*I’d also recommend AVOIDING the trailer, as it gives away basically the entire movie.

CTV.ca and Crave are both owned by the parent company of CTV News, Bell Media