'They are priceless': Fallen firefighter's family ask for return of memorial plaques

A memorial dedicated to honouring the contribution of the city’s fallen firefighters has been vandalized for the second time.

The Edmonton Firefighters Memorial Society believes the plaques inscribed with the names of firefighters who died in the line of duty were stolen sometime between Thursday and Friday.

The Renaud family lost their son Marc, who was a firefighter battling PTSD, to suicide in August of 2018. His family said his name had been remembered and honoured at the memorial.

“This is where our son's name would’ve been,” his mother Brenda said. “It’s an honour for us, really.

“It is an honour to see his name there for the service and time he gave to Edmonton fire. It is a beautiful tribute to our son Marc and to all the firemen whose names have been stolen.”

“They are priceless to us. The metal itself may be considered valuable itself, but recycling dealers in the area will not accept plaques without proof of ownership,” Cavell said. “The owners, in this case, are the firefighters of the city of Edmonton.

“They want them back,” he added. “Those are their brothers, their colleagues, their friends, and now it could be their sons.” 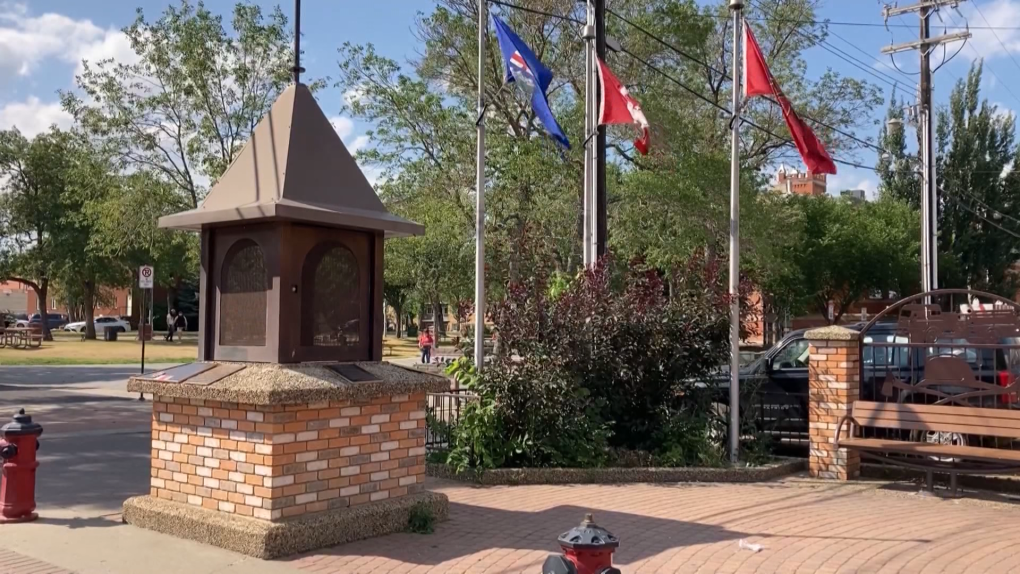 The firefighters memorial society says it’s the second time since the plaza housing the monument was created in the late 90s that the plaques have been removed.

In the first instance, the plaques were returned within a few hours.

The society maintaining the memorial says if the plaques are not returned they will need to be replaced, with an estimated cost of $10,000 to $15,000.

“That’s money out of the pockets that supposed to be going to the families as we help them deal with the loss of a loved one that was a firefighter in the city of Edmonton,” Cavell said.

The plaques can be returned to any Edmonton fire hall without any questions asked, the society said.

“Bring them back,” Cavell said.

“If that could be done, that would be the best thing they could do,” Marc's father Ray said.