EDMONTON -- A new portrait series is highlighting the extraordinary efforts of health-care professionals and documenting the emotional and mental impacts of the COVID-19 pandemic.

"It could be a comic book," photographer and graphic artist Daniel Sundahl told CTV News Edmonton. "Like these are superheroes in comic books, risking their lives for the benefit of all of us."

Sundahl is also a firefighter and paramedic. His art has long been an escape for him and now he hopes to bring comfort to others on the front lines.

"I wanted to show that we’re not alone in that and we share that burden," he said.

Dr. Aisha Mirza is featured in the series. She is an emergency room physician at the Grey Nuns Community Hospital in Edmonton.

She said that COVID-19 has amplified an already stressful work environment.

"We’re all feeling it. We’re feeling it on our shoulders," Mirza told CTV News Edmonton. "After my shift, I literally just need to like cry it out sometimes, the distress that I have for my patients and what they’re feeling.

"I’ve started to call the Whitemud highway the highway of tears, because after my shift I literally just need to cry it out sometimes. The distress I have for my patients and what they’re feeling."

Sundahl's series was intended to instill pride in the efforts of front-line workers like Mizra in the local community, but it has also reached people around the world. He has received comments from people in the United States, England and Australia.

"It kind of really shines a spotlight on our Edmonton emergency room, on Alberta and Canada," Sundahl said. "I’m really proud of that." 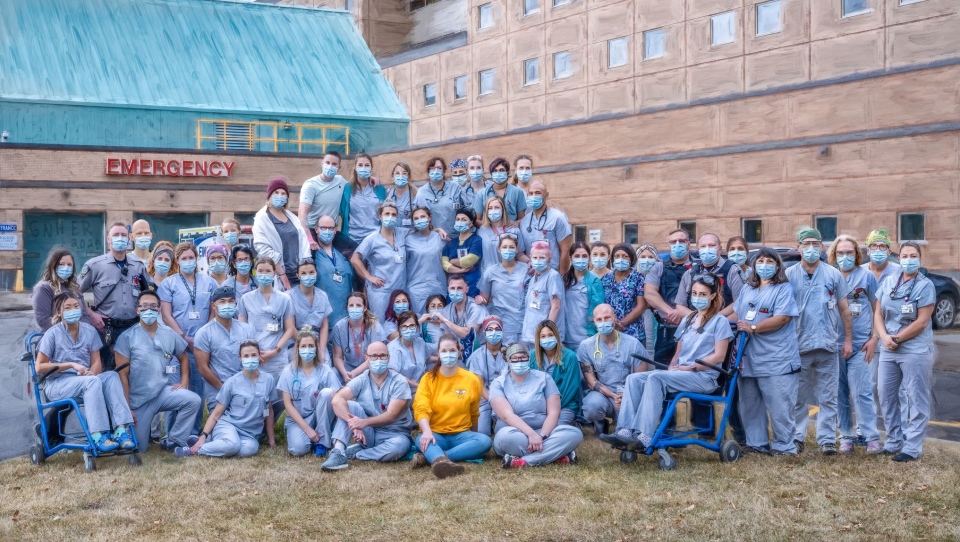 The series follows the treatment of a patient brought to the emergency room at the Grey Nuns hospital. The images are staged but are based on a real call.

The first image was posted on Nov. 7 and new ones are shared on Sundahl's Facebook page.