'They're behind': High Level presses Alberta MLA for cash to cover wildfire debts

Nearly three years after a wildfire threatened the northern Alberta town of High Level, officials there are raising the alarm about bills that have not been paid by the Alberta government.

"The fight to save High Level during the Chuckegg Creek Wildfire was epic in scope, and it was successful. But it was also expensive," spokesperson Bill Schnarr wrote in a Friday news release.

The fire, which was sparked by lightning in May 2019, burned an estimated 350,134 hectares of land and destroyed more than a dozen homes in the Paddle Prairie Metis Settlement.

High Level spent about $10 million on fire protection for itself and surrounding communities, Schnarr said.

"The Disaster Recovery Program has repaid most of the money, but the town is still sitting on $2.6 million in debt from the event," he wrote.

Town council pressed local MLA Dan Williams for the rest of the money during a public meeting on Tuesday.

'IT IS SADLY A SLOW PROCESS'

“We are the regional hub and we don't ever get a yes or no answer. So I guess we're just kind of fed up that a lot of money comes out of here and a lot doesn't come back,” she added in an interview with CTV News Edmonton.

Williams did not dispute that the Alberta government owes the money. 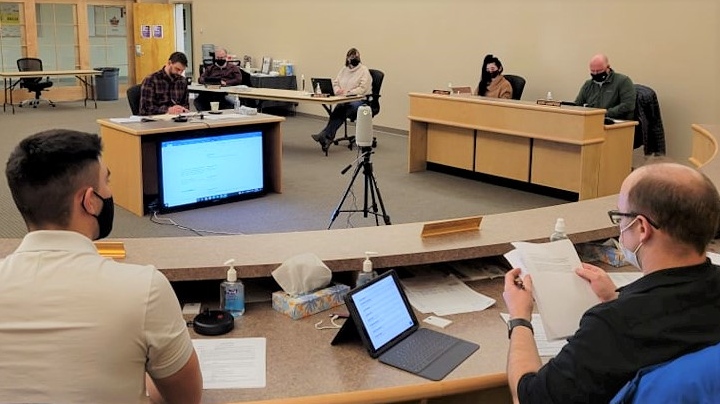 "It is sadly a slow process. I'm gonna be honest, I do not understand why. The understanding I have is that it's that forensic level of accounting and they're going through this," he said.

Williams added that other communities are also facing this issue with the government, including Paddle Prairie, Mackenzie County and Northern Lights County.

“It doesn’t bring you any consolation to let you know that you are not alone. There are a lot of disasters and they're behind giving everyone their money back," he said without committing to a date that High Level will be reimbursed.

Schnarr also said High Level has received "no money" for community upgrading, new construction and fire mitigation, but Slave Lake and Fort McMurray did after diasterous fires there.

A spokesperson for Alberta Municipal Affairs said Friday evening that High Level can expect the remaining $2.6 million to be paid by June 30.

“We recognize that the process can seem to take a frustratingly long amount of time and the Minister wholeheartedly sympathises with those who have been impacted by natural disasters and their aftermath," press secretary Greg Smith wrote in a statement.