'They’re taking naps in the trees': Coyotes getting cozy in Lansdowne neighbourhood

EDMONTON -- One resident in South Edmonton’s Lansdowne neighbourhood first noticed coyotes in the park near her house this winter.

“We’ve never seen them in the park,” said Wendy Rabel. “Only ever down and more towards the university farm.”

The past few weeks sightings are sometimes happening several times a day.

“They’ve become a lot more comfortable so they’re taking naps in the trees and there was one lying out in the soccer field this morning just sunning itself so a lot more common there,” Rabel said.

“A little bit close for comfort,” she added. “We have two little dogs that are pretty interested and curious and wouldn’t really stand a chance against a coyote so we’re watching them pretty closely right now.”

As Rabel spoke to CTV News Edmonton in the park Saturday afternoon a coyote was seen marking its territory before continuing through the park into the neighbourhood. 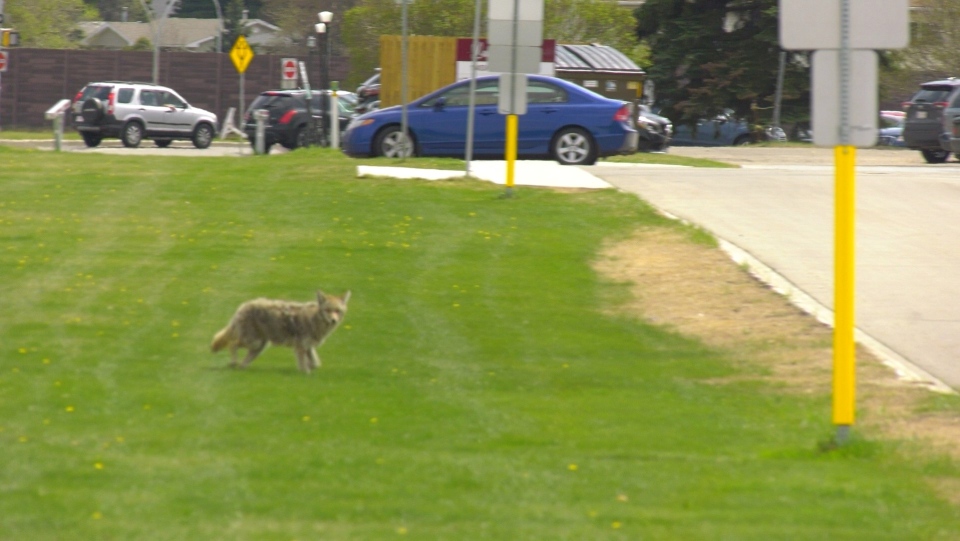 “That looked like a youngish animal to me and wary enough but it’s unusual for them to be wandering around a mode school yard, kids all over the place in the middle of a Saturday afternoon,” said Colleen Cassady St. Clair, a biological sciences professor at the University of Alberta.

“That suggests to me that that family is living in this residential neighbourhood and they consider this to be their territory so that increases the potential for conflict in all kinds of ways."

According to St. Clair there are coyote dens in the nearby ravine. She now suspects there may be a den somewhere in the neighbourhood.

“Now is probably when they have their pups somewhere in some well concealed spot,” she said.

There were at least four cases where dens were discovered under a building, homes and a Mill Woods school last year. 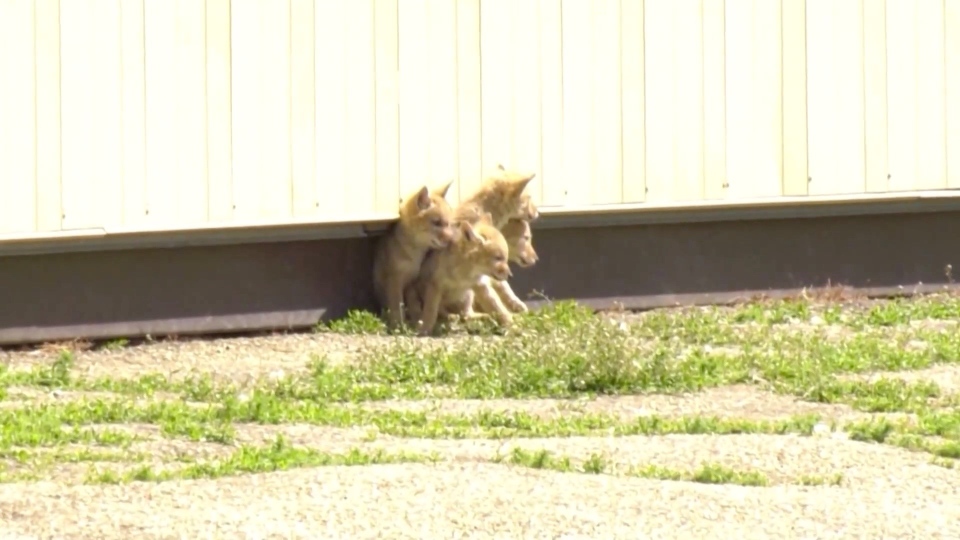 In this file photo from June 2020, several coyote pups emerge from a den under Kameyosek School in Edmonton (CTV News Edmonton)

“And nobody knew they were denning there until that was well established,” St. Clair said .

She said there was a high number of sightings in Edmonton this January and early February just as they launched the Urban Intervention Program. Dozens of volunteers have targeted 27 neighbourhoods with coyote problems.

“The intention of all of that activity is to make the coyotes feel nervous around people, unable to trust people, increasing their wariness. Because when coyotes are more wary around people there doesn’t tend to be the escalation to these conflict situations and I think that’s one of the best ways we can manage co-existence with coyotes,” St. Clair said.

She’s not sure if it’s a coincidence, but says coyote reports have dropped since the program’s launch.

“It’s possible that because we targeted the neighbourhoods with a lot of past reports that just the increased activity of people walking around looking for coyotes, looking at them with intention perhaps that actually reduced their activity a little bit,” she said.

Wanting to educate herself on ways to safely co-exist with urban coyotes, Rabel found the Urban Coyote Project’s website and tried a technique used by the intervention team.

“I walked towards the coyotes with my umbrella and just kind of opened it towards them as I was yelling at them and they ran off really quickly so they stayed probably 40-50 feet ahead of me and every time I would take steps and yell they would keep going,” Rabel said.

St. Clair said she did everything right.

“An umbrella is a great tool. Coyote brains, as wonderful as they are, cannot really figure out so that’s a great way of having an instant barrier between you and a coyote.” 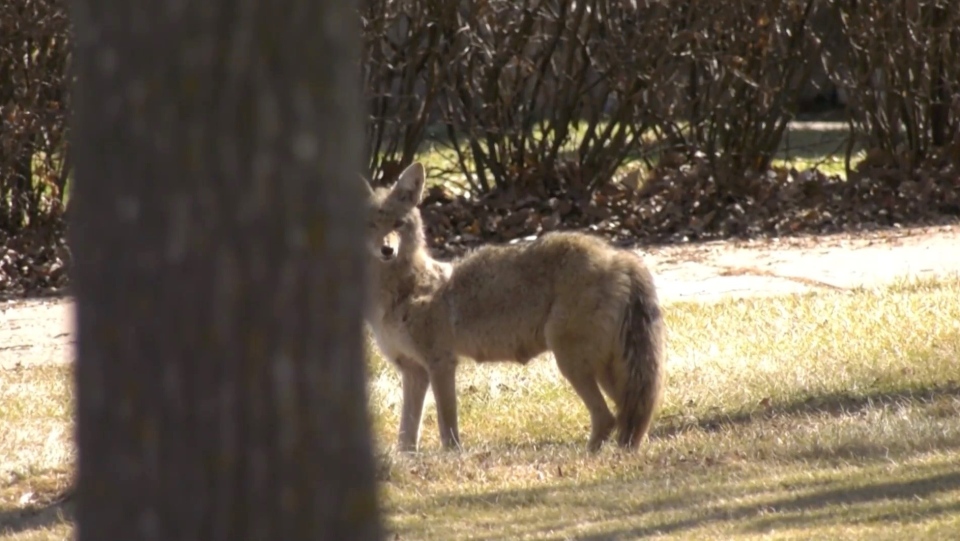 She also hopes more people will realize the things that can attract coyotes to their neighbourhoods and yards.

“Most people think of them as being, maybe they’re attracted to garbage and pet food but compost? Why bother? Fruit trees, really? Yes they can climb fruit trees and they do,” St. Clair said.

Rabel said the coyotes she’s encountered have been easy to scare off and have not show aggression. But she plans to continue making the coyotes feel unwelcome and hopes more community members will help before they become a problem.

“If we spot them in the park maybe we can encourage them to maybe move back towards the farmland,” Rabel said.