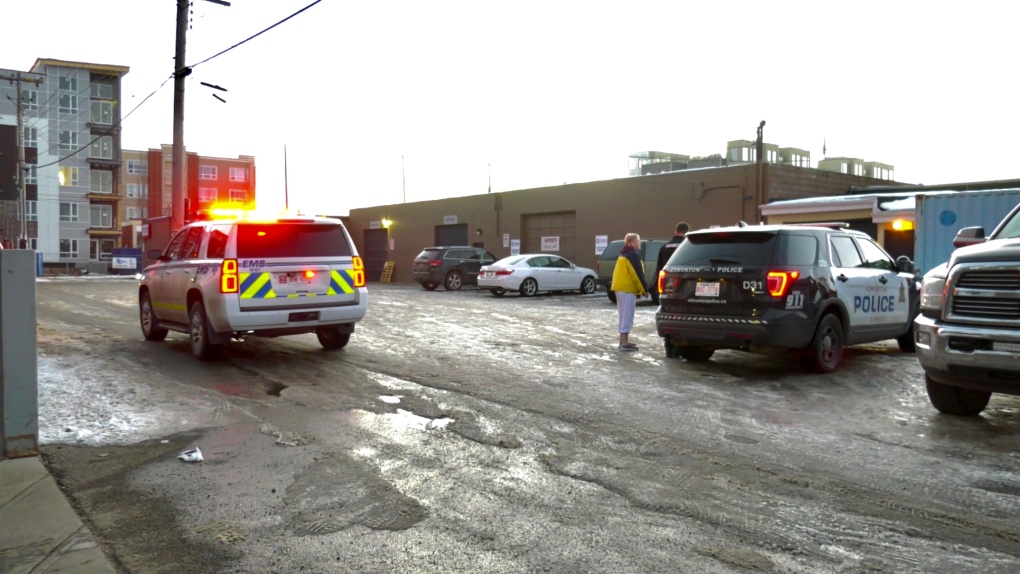 Edmontonian Nadine Burke says she saw the moment on Dec. 3, 2020, when a truck owner near 105 Avenue and 114 Street attempted to stop thieves, and was dragged several feet.

EDMONTON -- A man was taken to hospital Thursday after he was injured trying to stop a truck theft in central Edmonton.

Nadine Burke said she was on her balcony overlooking the alleyway when she heard yelling.

“Turns out it was the owner of the truck. He realized the thieves were stealing his truck and he was trying to stop them,” Burke told CTV News Edmonton at the scene.

“All of the sudden I saw him go flying. The truck hit him and then the thieves hit reverse. And when they hit reverse that’s when they clipped that van,” Burke said.

A cargo van at the scene was also damaged and appeared to be shoved sideways in an icy parking stall.

Burke said the man grabbed onto his vehicle on and was dragged a few feet.

“He held on for dear life. I don’t know what he was thinking. You have to just let that go, right?” Burke said.

She called 911 and rushed to help the injured man. She said he tried to get up but couldn’t stand, and he had “road rash” on his arm.

The thieves sped away while almost hitting her neighbour, Burke said.

“They showed no mercy. In fact they almost hit another tenant. They took off and just kept going,” Burke recalled.

Police confirmed a Dodge 2500 was taken from the scene and police were still searching Thursday night for the truck and the suspects.

An EPS spokesperson said the truck was left running and “opportunists” jumped in and took it. He did not have license plate information to share.

The vehicle driver was taken to hospital with minor injuries, police said.