'They wanted me to just disappear': Iranian-Canadian tells story of abduction, arrest in Iran

EDMONTON -- An Iranian-Canadian computer programmer who now calls Edmonton home, is sharing a story of abduction, arrest and threats of torture.

After years of working as a programming engineer for tech giants like Facebook and Google, Iranian-born Canadian Behdad Esfahbod knows his way around a computer better than most.

But it was who, and not what he knows that got him in trouble on a trip home to Iran in January. Esfahbod has friends who are vocal critics of the Iranian regime.

"They were looking for my communications with all these Iranian activists. Because they were convinced that I was working with these groups," said Esfahbod.

After spending time with friends and family, Esfahbod says he was abducted by four members of Iran's Revolutionary Guard Corps and then taken to his sister's house.

"They collect my laptop and passports and documents and everything, so they wanted to catch me on the street and collect my stuff from my sister's place, without leaving any trace. They wanted me to just disappear."

He says he was taken to prison where he spent the next week being interrogated daily.

"I would be sitting at a desk facing the wall, and just lifting my blindfold enough that I can read and write. I wasn't allowed to turn my head."

He said he gave his captors the passwords to access all of his online accounts and correspondence.

"If I refused to cooperate, to give them access, there would be physical torture and coercion," said Esfahbod.

"If they feel like I'm withholding information I'd be treated very differently."

After sitting in prison for three days answering questions about his friends and contacts, Esfahbod says he asked for a lawyer.

"And the head captor laughed and said, 'You're a national security case, and you don't get a lawyer here,' so they didn't even try to pretend that I had rights," said Esfahbod.

After six days, he says he agreed to become a spy for the IRGC in exchange for his release.

The trauma from Esfahbod's experience followed him home to Seattle.

"I couldn't work anymore, I quit my job, the pandemic, isolation, my marriage fell apart."

Months passed, and Esfahbod's life continued to spiral, he said the trauma made his bipolar disorder worse.

"The past didn't bother me, it was the future, that I have this internationally recognized terrorist force coming after me personally, so this all weighed on me," said Esfahbod.

In June, the IRCG contacted him. He ignored the messages for weeks and moved into his sister's house in Edmonton. 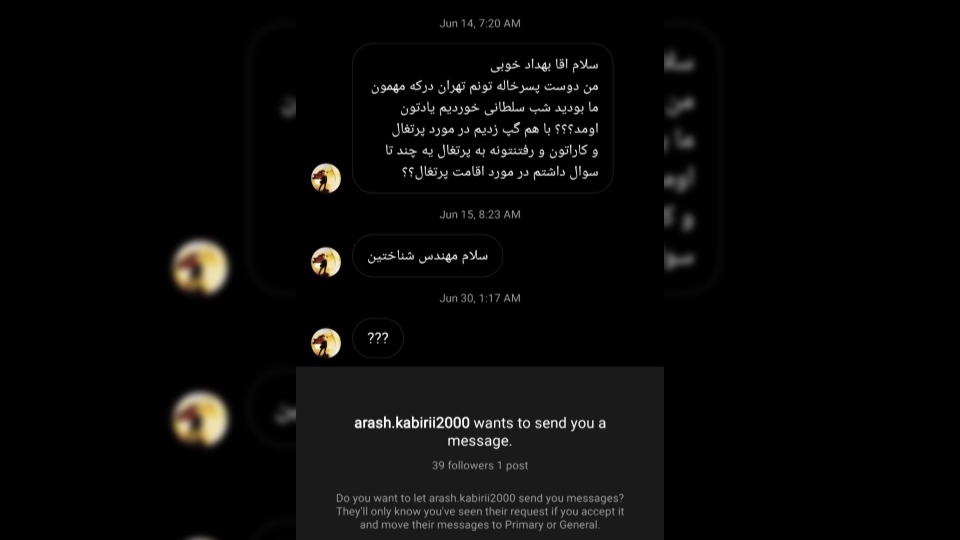 Last week, family in Tehran received a court summons for Esfahbod and he says that's when he decided to go public with his story. 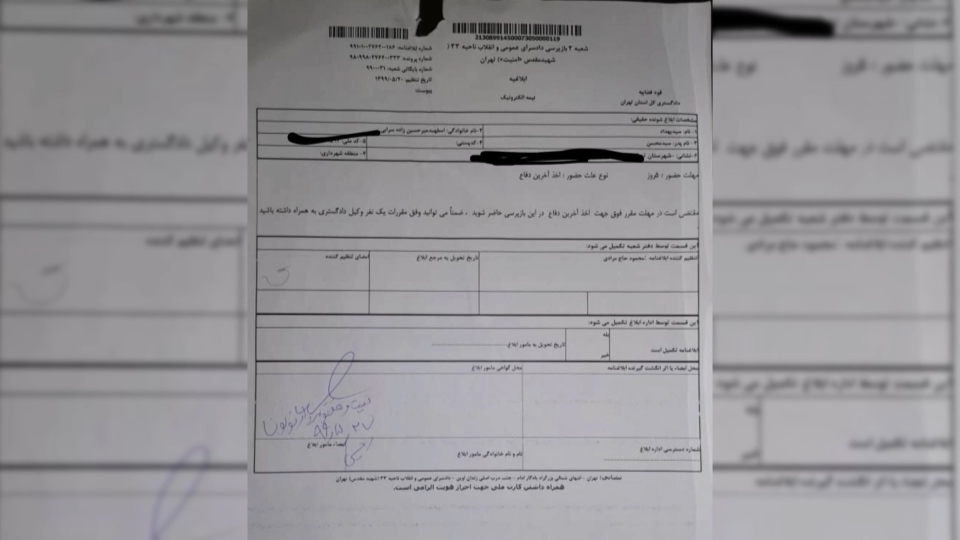 "I feel so much lighter because I'm not carrying all this weight alone anymore," said Esfahbod.

"And being supported and surrounded by family is amazing."

Esfahbod fears he may never be able to visit his home country again, but he hopes exposing more about the Iranian regime can lead to change.

"If I can make something positive out of all the pain I went through, that makes me really happy."