A new Edmonton company is hoping to capitalize on the city's latest garbage pickup strategy.

As the City of Edmonton transitions to its bi-weekly waste cart system that's designed to reduce the amount of waste Edmontonians put out on the curb, a private company is offering to do your garbage pickup on those off weeks when the city no longer does.

For a fee, Pro Waste Inc. will take up to 15 bags of garbage away from your home every other week.

The company is offering new customers a promotional fee of $15 for the first month and $21 a month after that. 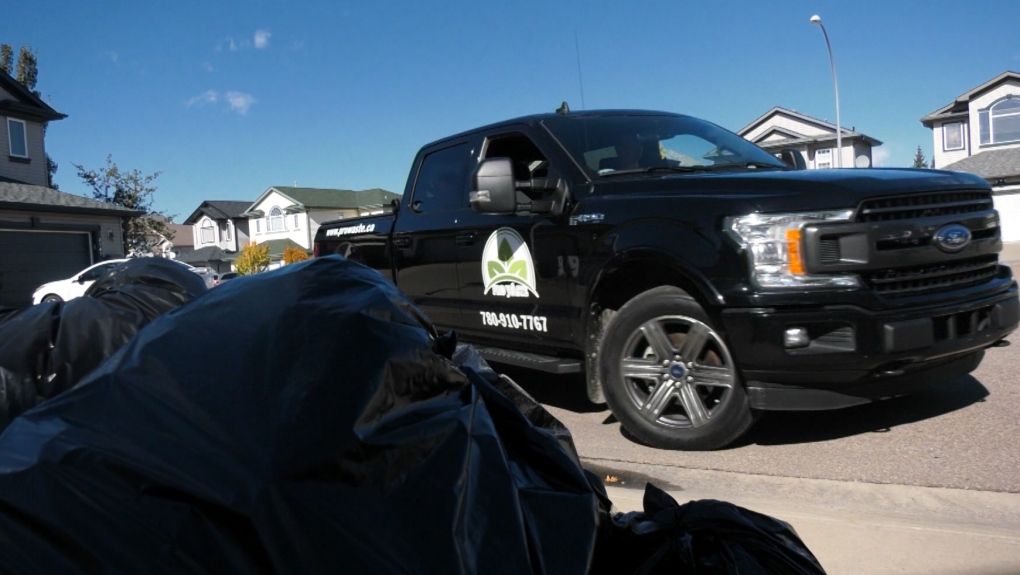 The only garbage Gall's service won't pick up is hazardous waste.

Gall says he supports the city's program for organics and recycling, but also hopes Edmontonians take advantage of his service.

"I totally support the diversion," he said. "But I also understand it doesn’t work for everybody, and so that is what our service is here for."

'DO YOU WANT TO PAY TWICE?'

Meanwhile, the city hopes its new system will help Edmontonians change their garbage habits by encouraging separation of organics and recyclables from the rest of their waste.

"This new system for us at the city, which has been tried in many municipalities and has been proven over time, is something that is great for us as a city in helping us achieve our diversion targets," the City of Edmonton's Denis Jubinville told CTV News Edmonton.

Jubinville added that it's still early days for the program and said it's too soon to gauge its success.

As for third party waste collection, Jubinville questions whether the fee is really worth the service.

"It's not prohibited," he said. "But as a resident do you want to pay twice?"

"You're paying a utility rate in order to get your garbage collected, you know that you're doing something to improve our environment. We know that if we work together we're going to reduce the amount going into the landfill.

"You know that if everything is going into that black bag that it's most likely not going to be sorted in the way that we will be doing with our current collection… We strongly recommend that residents do their part to help us achieve the environmental benefits we're looking to achieve with our waste program."