EDMONTON -- The elm tree next to Jan Paulics’ house is strong and healthy, but recently it's been causing her nothing but grief.

“I love the tree, it’s a beautiful tree,” Paulics told CTV News Edmonton. “But it is causing damage to my property.”

The tree is owned by the City of Edmonton, and is planted close to Paulics’ property line along a public walking path.

The tree’s roots stretch under Paulics’ driveway, she believes all the way to her sewer line, roughly eight metres away. This spring, the homeowner replaced her driveway because the roots caused the old one to shift and buckle. 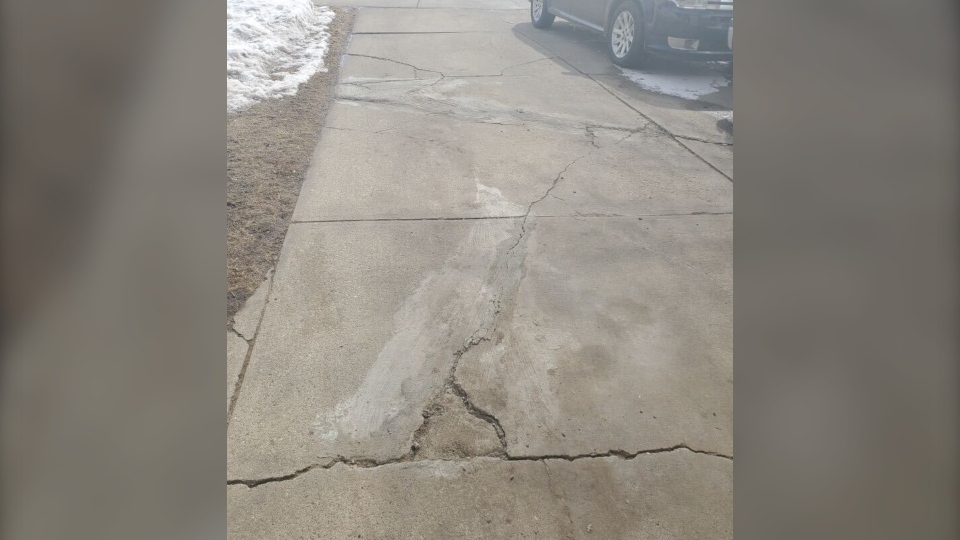 “It got so unsafe, that the mailman told me he didn’t want to deliver my mail anymore.” Paulics said.

EPCOR also came out to clear the roots from the sewer line, charging Paulics $665 plus tax for the work, something she claims used to be free since it is not her tree.

In a statement to CTV News Edmonton, the Utility said, “If EPCOR attends the call, and it is determined through a video camera inspection that the blockage or root intrusion is occurring on the public portion of the service, there will be no charge.” 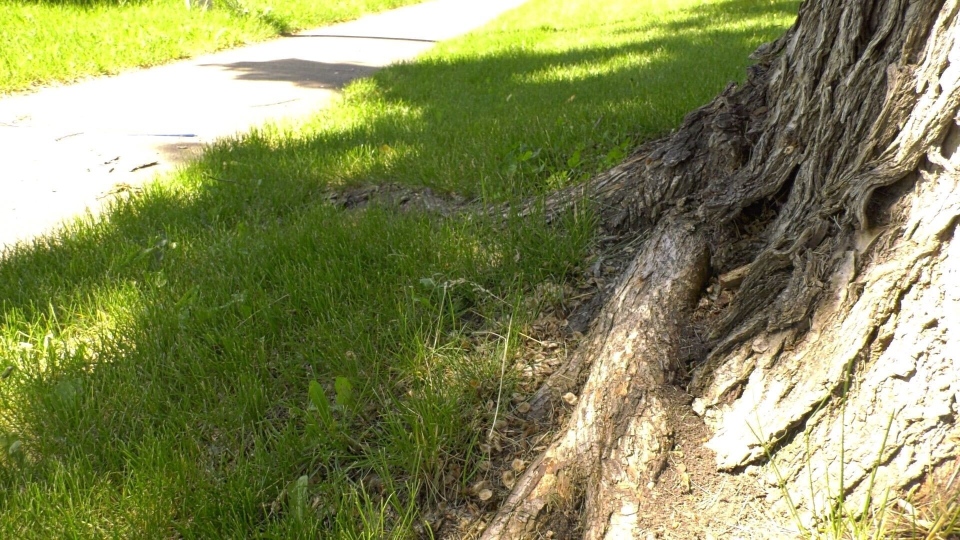 However, EPCOR says the damage to Paulics’ sewer line is on private property, which means it’s up to her to repair it.

“Customers are advised of the potential charges when they call the EPCOR Trouble line and then again when the technicians arrive on site,” the statement continued.

If it belonged to her, Paulics says she would simply have the tree removed, but the 70-year-old elm is City of Edmonton property. Paulics technically owns the roots.

According to a statement from the City of Edmonton, “Trees located on public property are considered a City asset and are assigned an individual monetary value for the economic, social, and ecological benefits that they provide.” The City does have a Live Tree Removal process, but it’s expensive.

Property owners are required to pay for the value of the tree, “plus the cost of removal,” Paulics said. “It’s not something in my budget.”

After Paulics reached out to CTV News, the city offered to cover the cost of an “air excavation," which it describes as “the installation of a root barrier to prevent future roots for encroaching on private property, and tree protection.”

Now that her driveway is replaced, Paulics says she’ll leave the tree where it is, but she’s still hoping the city or EPCOR will cover the $665 bill for clearing her sewer line.

“I would like them to, as they had in the past, pay for the tree roots to be removed from my sewer line, so that my sewer doesn’t back up in my basement.”