This Edmonton choir sings to comfort people who are dying 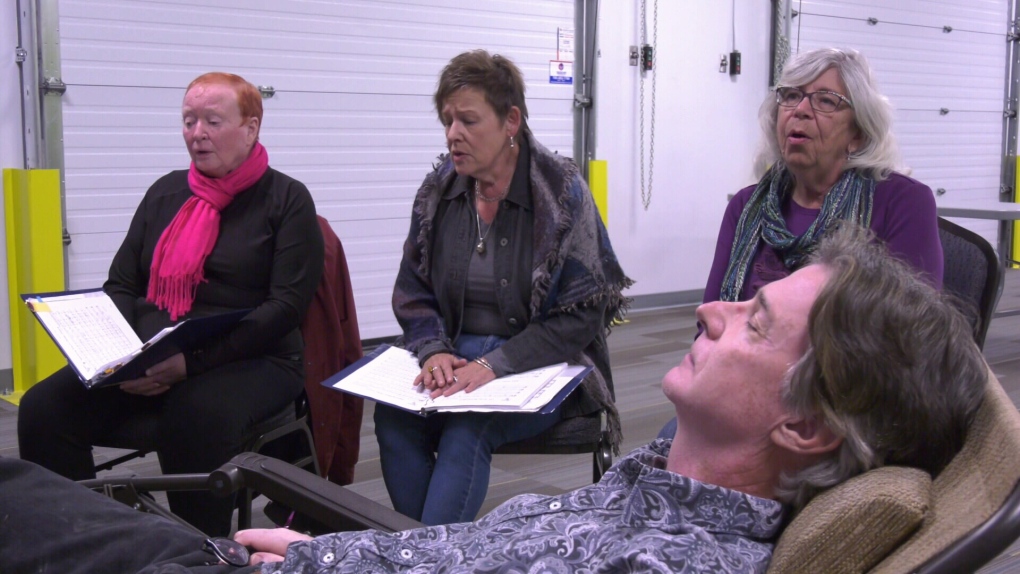 The Edmonton Chapter of Threshold Choir practices while a volunteer lays down to experience what being on the receiving end of the service is like. Sept. 18, 2019. (CTV News Edmonton)

A new choir formed in Edmonton is part of an international movement to provide joy through music.

But this is no performance choir. The group sings to people who are dying.

The Voice of Compassion Threshold Choir is named as such because it sings to people on “the threshold of life.”

Calling it a service—not a performance—choir, founder Valda Roberts said the movement caught her attention when she saw a video of a choir singing at the bedside of a terminal patient.

“It was something incredibly new and incredibly powerful,” she recalled.

Threshold Choirs can be found around the globe, with around 200 in total.

The choirs sing in three-part harmonies so they travel in groups of three, bringing their own stools to sit on when they perform in hospitals and hospices.

At a recent practice, the group formed a circle around one volunteer to let him experience what it’s like to be on the receiving end of the melodies.

When they sing to comfort patients and their families, the experience is powerful, said member Cheryl Nickurak.

“There are tears, definitely,” she said. “They know why they asked us to be there. So they’re working through that—each member—in their own way.”

It can be tough, but Nickurak said singing in the choir gives her a sense of purpose.

“It brings that very important thought of ‘don’t spend your time on things that aren’t important,’” she said. “That’s what I get out of it.”

The songs they sing aren’t religious so they can perform for anybody of any faith, according to Roberts. 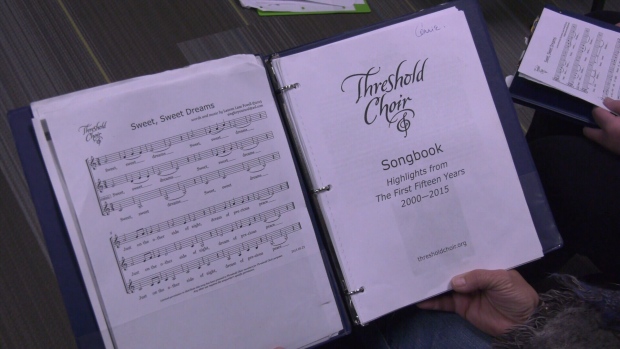 As for hopeful members, not just anyone can join.

“We have a bit of an interview process…We have to ask ‘What’s your spirituality? What’s your feeling on death? How familiar are you with that?’” said Roberts.

“There’s a grounding and a resonance that one needs to attain to be able to be of service to sing and be in front of a whole family who’s sitting bedside with somebody who’s leaving this realm.”

While their goal is to calm those who are dying, choir members can get overtaken by emotion.

“We certainly don’t try to join in that. Some of us are empathetic criers like me,” she said. “We all have a common feeling and a common belief that this leaving is just the doorway to something next.”

The Edmonton chapter of the Threshold Choir is one of 17 Canadian chapters listed on the choir’s website.

In Alberta, other Threshold Choirs chapters exist in Calgary and Canmore.