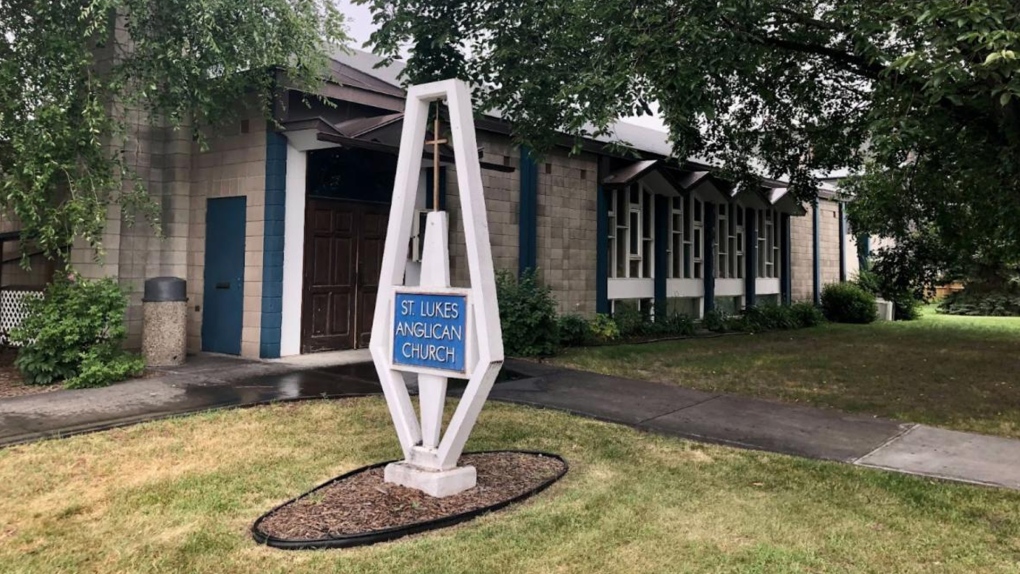 An Edmonton church has been designated a historic resource by the city.

St. Luke’s Church in the Holyrood neighrbourhood was built in 1958.

According to the city, it was one of the first churches to veer away from the influence of medieval ecclesiastical design to a more modern look.

The church features an exposed, precast concrete structure that forms the roof of the sanctuary, concrete block masonry for the walls, and a concrete block bell tower.

“The post-war years changed how people lived in Edmonton,” said heritage planner Scott Ashe in a written release. “They had survived war and the depression. They had jobs and cars and wanted their families to spread out in the suburbs. They wanted to live away from where they worked, but still worship in their own communities. St. Luke’s is indicative of the kind of modern church built in those times.”

The church was designed by Edmonton architect Kelvin Crawford Stanley, who was active in the city between 1948 and 1964.

He worked as the director of structures for Expo 67 in Montreal, then served as chief architect with the federal department of public works.

As part of the heritage designation, the church has received a grant of $50,375.77 to rehabilitate the building.

The city’s Historic Resource Management Plan outlines a plan to protect and promote the preservation and use of historic resources.

Since the plan was initiated in 1985, 176 properties have been designated as historic resources.

Members of Pierre Poilievre's Conservative caucus have been told they are no longer allowed to charge taxpayers for home internet services.

The Toronto police will be rolling out an increased presence across the TTC following a rash of violent, and sometimes random, incidents on the city’s transit system.

Canada and the United States are laying out the details of their new bilateral workaround for the Nexus trusted-traveller system.

Liberal member of Parliament and former cabinet minister Kirsty Duncan has announced that she is taking an immediate medical leave due to a 'physical health challenge.'

Five former Memphis police officers have been charged with second-degree murder and other crimes in the arrest and death of Tyre Nichols, a Black motorist who died three days after a confrontation with the officers during a traffic stop, records showed Thursday.

The federal privacy watchdog says Home Depot shared details from electronic receipts with Meta, which operates the Facebook social media platform, without the knowledge or consent of customers.

A new report says misinformation about COVID-19 contributed to more than 2,800 Canadian deaths and at least $300 million in hospital and ICU visits.