EDMONTON -- A new golf course in Edmonton is gaining popularity — but it only has eight members, making the course an exclusive experience.

The Golden Eagle Golf and Country Club is a golfer's paradise.

It has crisp green fairways, manicured tee boxes and a signature spruce stump. It also happens to be in Tanner Frank's front yard.

"Cause why the heck not? Why wouldn't you do that?" asked Frank.

Tanner "Gold Ball" Frank built the putting course a few years ago with a friend who owns a landscaping company, the construction lasted a whole summer.

"He told me about this project that he was doing, and I said absolutely I'll help you out," said Jeff "Ace" Hnidan, the course groundskeeper.

Construction of the course attracted attention from neighbours.

Garth “Chainsaw” Jacko met Frank when one of the trees being cut down to make way for the course landed in his front yard.

"I think we all thought he was crazy at first," said Jacko. "But it eventually all took shape, and now it's the go-to place on the cul-de-sac."

Most evenings you'll likely find four or five guys, and the neighbourhood kids playing on the course, and they're not messing around.

"Now we have score cards, we have a trophy, we have a season, we do a points system," said Frank. 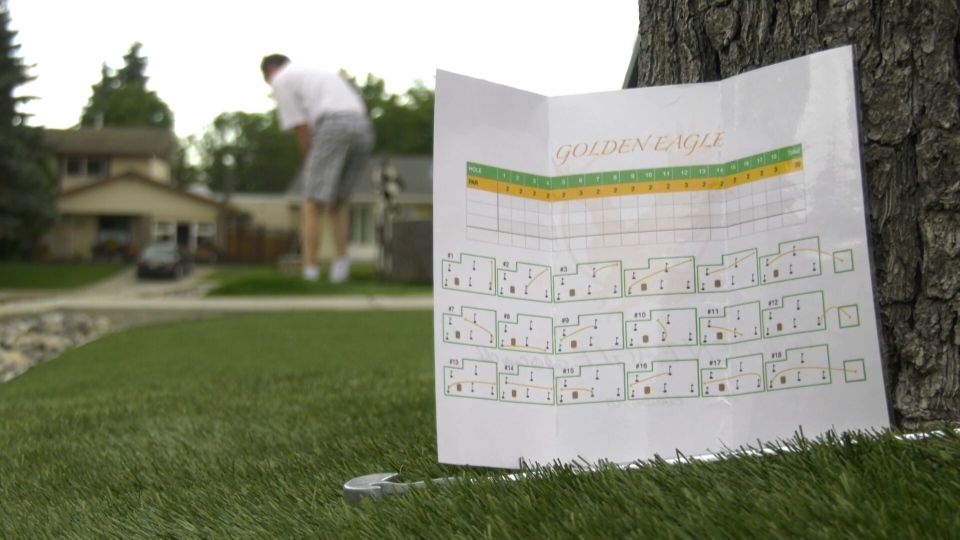 There are eight members who all had to beat Frank in a game to gain entry into the exclusive club.

"Each member has a designated colour ball," said Frank.

There's an 18 hole layout, mostly Par 2s, but on the Par 3s Frank says wedges are needed. Trick shots are also encouraged, golfers can bank a foam ball off the house, or take advantage of the sloped corners on the green.

The competition is fierce. Everyone wants the glory and bragging rights that come with winning the prestigious Golden Eagle trophy. 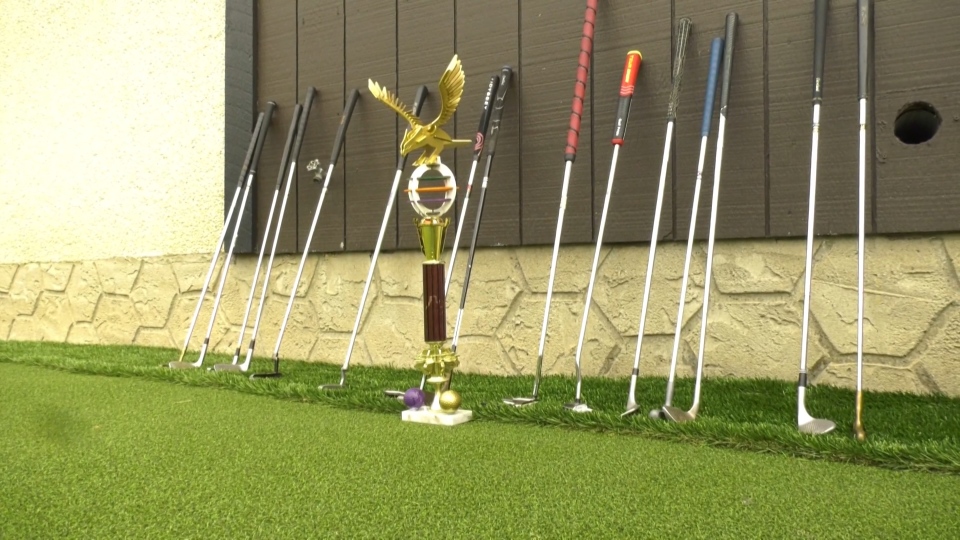 "The kids definitely lighten the mood by robbin' balls, or distracting us, but that's the name of the game," said Frank.

That is what the eccentric home renovation is really about, transforming not only Frank's yard, but his community too.

"I knew this is a special neighbourhood, just the people. And it was a nice way to bring everyone together and it worked out beautifully."