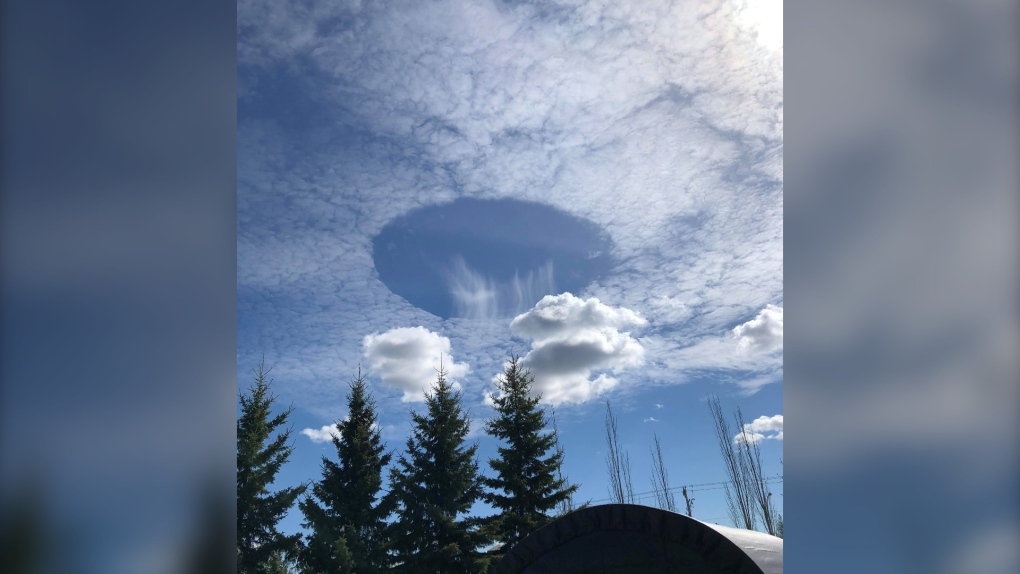 EDMONTON -- People in parts of the capital region were scratching their heads Wednesday, after spotting what looked like a giant hole in the clouds.

CTV Edmonton's Chief Meteorologist Josh Classen came to the rescue, pointing out on Twitter that it's called a fallstreak hole.

The website also says that an aircraft flying through the cloud can be enough to cool the water droplets and cause the effect.