'This is so special': Edmonton school celebrates Christmas with 50-year tradition 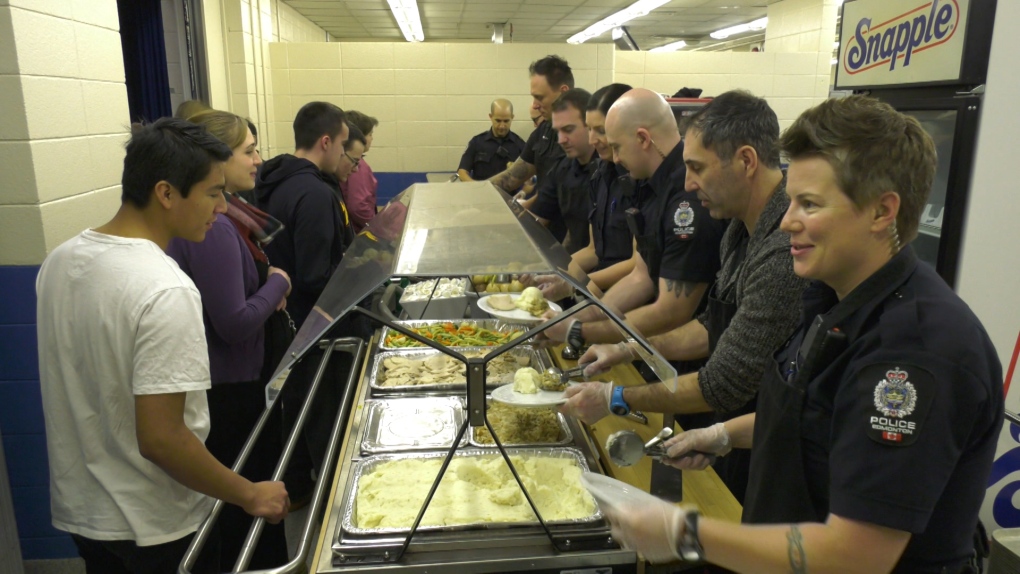 Since 1969, staff at L.Y. Cairns School in south Edmonton have served students with a traditional hot Christmas meal.

The 50th anniversary of the event was attended by one of its founders, retired teacher Vickie Martinuk.

"A colleague of mine, Douglas Cowan and myself, we thought we'd like to do something for the students rather than just a candy cane," she told CTV News Edmonton. "So we solicited the staff we got administration approval and the staff all contributed to it, and we had our very first dinner."

Martinuk had a 30-year teaching career at L.Y. Cairns, ending in 1999. She says the student population ebbed and flowed during that time, but this Christmas meal was always a big production.

"To call this the signature event, it's a special time of year for the students and the school, but for us as well," Sgt. Em Chan said. "It's a highlight to get together and for even for me to wish the SROs well before they're off on their Christmas break."

SROs work at schools in the area, and they have developed a close relationship with the staff and students they interact with every day.

"We want to recognize L.Y. Cairns and the work they do. The generous donation of the teachers to even put this event together. They buy all the supplies and it's amazing," he said.

For Martinuk, seeing the event continue and thrive beyond that inaugural meal in December of 1969 is very rewarding.

"This is so special because we've always thought of our school as being our family, the staff, the students," she said. "And we were there for each other and it has continued, which is really nice."