EDMONTON -- With players two days away from arriving in Edmonton and Toronto, the NHL revealed everything you need to know about what the bubbles will be like as hockey returns.

Rumours initially trickled out on Canada Day the NHL had chosen the two Canadian cities for 12 teams in each conference to finish out the season.

"Daryl probably lobbied me harder than any other owner who was interested in hosting a hub, and that is not an exaggeration because there were multiple emails, multiple texts and multiple phone calls every single day until we announced we were coming to Edmonton," Bettman said.

And now, it's here, with all 12 Western Conference teams scheduled to be in Edmonton by Sunday.

The teams will stay at the JW Marriott, Delta Hotel and Sutton Place Hotel, and on Thursday, the NHL revealed the Matrix Hotel would also be a part of the bubble. 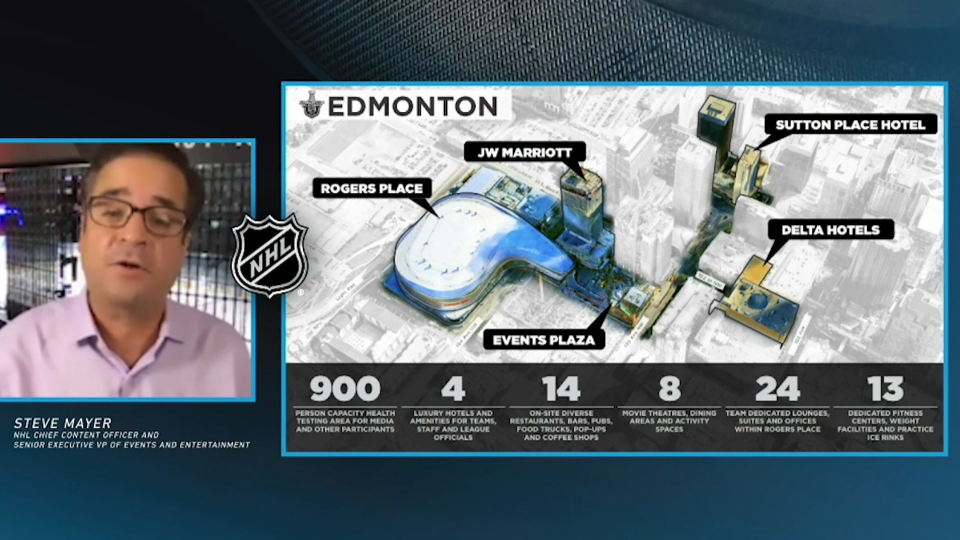 In a video released by the NHL Thursday, Steve Mayer, the league's chief content officer and senior executive VP of events and entertainment, said 14 restaurants, bars, cafes and food trucks would be a part of the bubble.

Those include existing restaurants and pop up restaurants created by the NHL with the help of local chefs.

"In fact we're creating a sushi restaurant. The food will be diverse: everything from steak to vegan, some tacos, Tim Hortons; giving our players quite the variety and our restaurants are open from the beginning of the morning all the way to late night."

When they're not playing hockey or working out in the 13 fitness centres inside the bubble, players will have indoor and outdoor activities such as pool, ping pong, basketball and soccer.

In order to prevent the spread of COVID-19, players are to stay within the bubble not interact with the public.

Rogers Place and the four hotels are surrounded by fences, and teams not staying at the JW Marriott will be shuttled to the arena and practice facilities like the Terwillegar Recreation Centre.

In addition to being tested daily at Rogers Place, everyone in the bubble will record their symptoms and temperatures in an app.

DynaLife will conduct the COVID-19 tests in Edmonton. 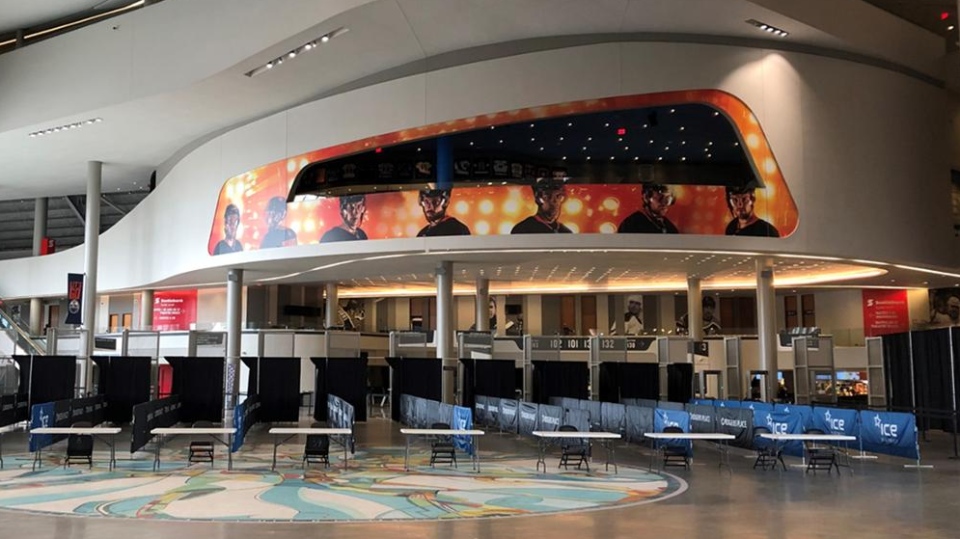 Rogers Place will have six locker rooms — the NHL home and away, the WHL home and away, and two new ones — and teams have to leave them within an hour after games to allow for deep cleaning before the next club comes in.

Every franchise will have a lounge in the arena, and players can attend games to watch other teams.

With no fans in the stands, the NHL had to get creative to create an entertaining and lively experience for viewers across North America.

"We're going to do something that caters to the fans at home, the fans who are enjoying the television experience," Mayer said. "We wanna educate them, we wanna entertain them, and we wanna visually excite them."

The NHL focused on different lighting, video and audio for a unique television experience. Rogers Place will be covered in LED screens and stages and the league will pipe in chants, goal horns and music from each team's fan base and arena.

"Every single game will feature a new look," Mayer said.

"If you're watching Edmonton versus Chicago, it will look differently that if you're gonna watch Montreal versus Pittsburgh."

Games will be on a five-second delay and the crowd noise you will hear during the game comes from EA Sports' NHL video game series.

"Just in case there's some colourful language, we want to protect our players and coaches," Mayer said.

The NHL said it would keep production simple for exhibition games next week and to expect the new bells and whistles for the official games.

On Aug. 1, Michael Buble will perform the national anthem for the first games in Edmonton and Toronto, and the league will honour frontline workers in the Oilers vs. Blackhawks and Canadiens vs. Penguins games.