This NHL goalie's recipe for success on the ice? More time in the kitchen

EDMONTON -- One player's off-ice skills are helping the Vancouver Canucks stay hungry as the team fights to stay in the NHL playoffs.

Canucks goaltender Louis Domingue has traded his pads for pies and his teammates are eating like kings.

"They put their bodies on the line so I decided to reward them," Domingue told CTV News Edmonton. "We won. Then I did the banana bread the next day and we won again."

The 28-year-old third-string goalie hopes to keep the wins coming.

The Canucks take on the Golden Knights in Game 5 on Tuesday night. The Knights have gone up in the series 3-1.

Domingue has been in the NHL bubble in Edmonton for 37 days and says baking has been a good way to keep busy and reminds him of home. He says food is a big part of French culture and was always front and centre on the Domingue dinner table.

He says if the team turns it up on the ice, he promises to turn it up in the kitchen. 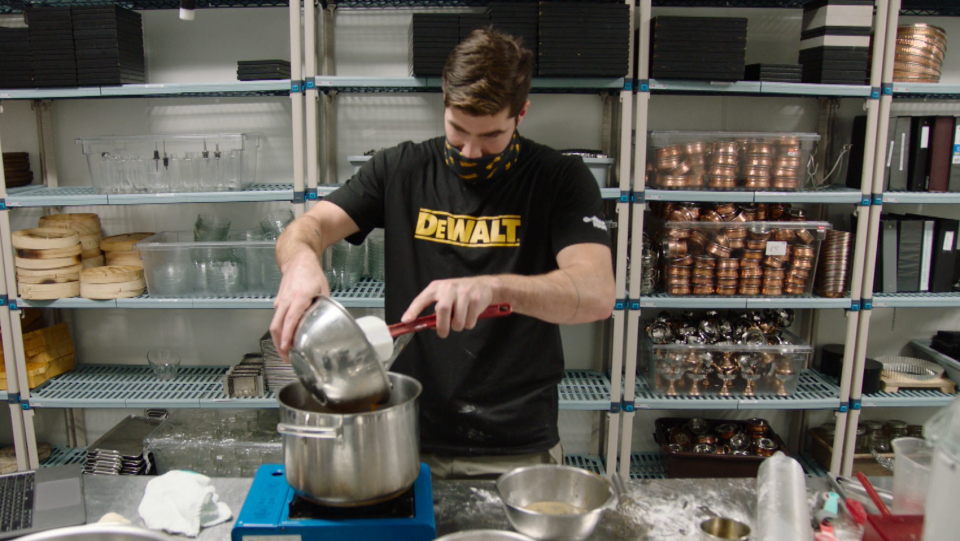 Win or lose, his baking skills will be featured in the NHL's upcoming YouTube series "Quest for the Stanley Cup."