This was the coldest April morning in more than 3 decades 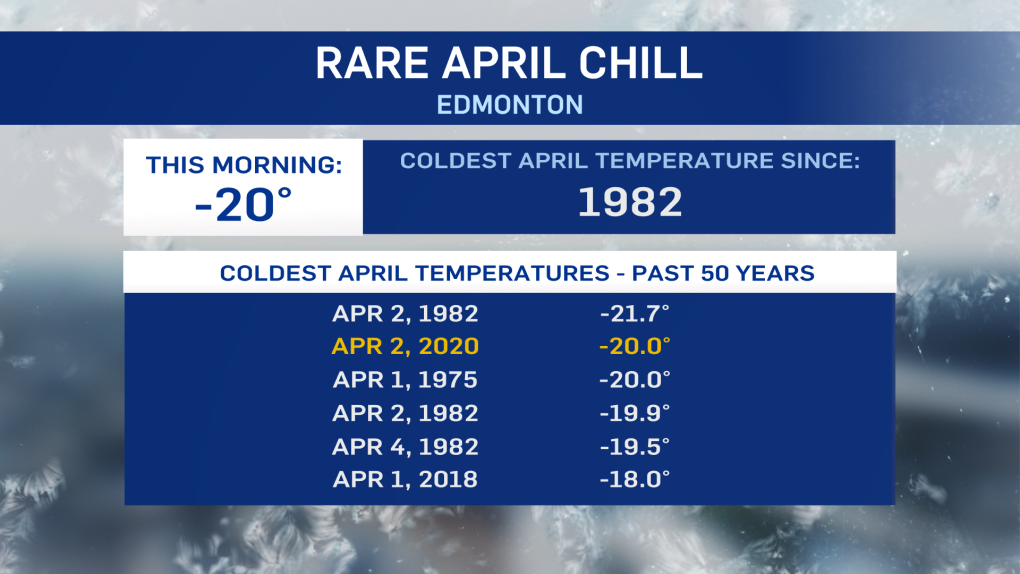 EDMONTON -- Edmontonians woke up to a rare -20 this morning, and if you're 35 or younger, you've never seen an April temperature so cold.

That's the coldest April temperature in the city in the past 50 years.

Many years don't ever get April lows below -10. So, this current cold spell is certainly rare for Edmonton.

But, we're not setting any records.