'This will change the airport': New infrastructure upgrades to help Villeneuve Airport 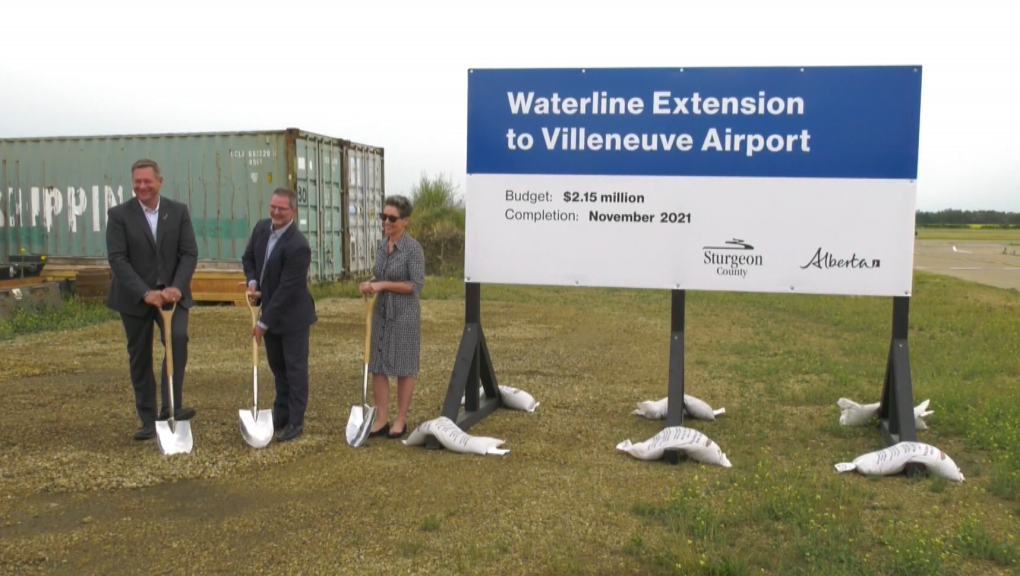 A new waterline moving water from the hamlet of Villeneuve to the neighbouring airport was announced Thursday with the hope it will help encourage growth and investment in the area.

The 2.2 million dollar project is funded by Government of Alberta’s municipal stimulus program, and will replace the current system that provides 465 cubic meters of water monthly.

“It really is just time for Sturgeon County to step into the future, and the infrastructure was here for us to be able to use this as one of those building blocks,” adding, “We want a bright future for the bright minds that are here.”

The mayor said the new waterline project will also allow current tenants to plan and expand their business, as well as allowing Sturgeon County to develop the land surrounding the airport.

Steve Maybee, vice president of operations for Edmonton Airports, said having a reliable water supply is important in making an airport a viable place for business and investment.

“We have had developments over the years that have gone elsewhere because of the water capacity," he said.

“This will change the airport. This simple little waterline is a deal breaker, it makes the airport, so it’s great.”

Sturgeon County also confirmed today that they will be working with Edmonton Airports to operate the Villeneuve Airport water and sewer network system.

The waterline project will begin at the end of July and is expected to be finished before November.

The line will run along the north side of Highway 633 to Range Road 270, connecting the hamlet of Villeneuve’s water reservoir to the airport’s.  Construction is not expected to affect traffic or access to the airport.