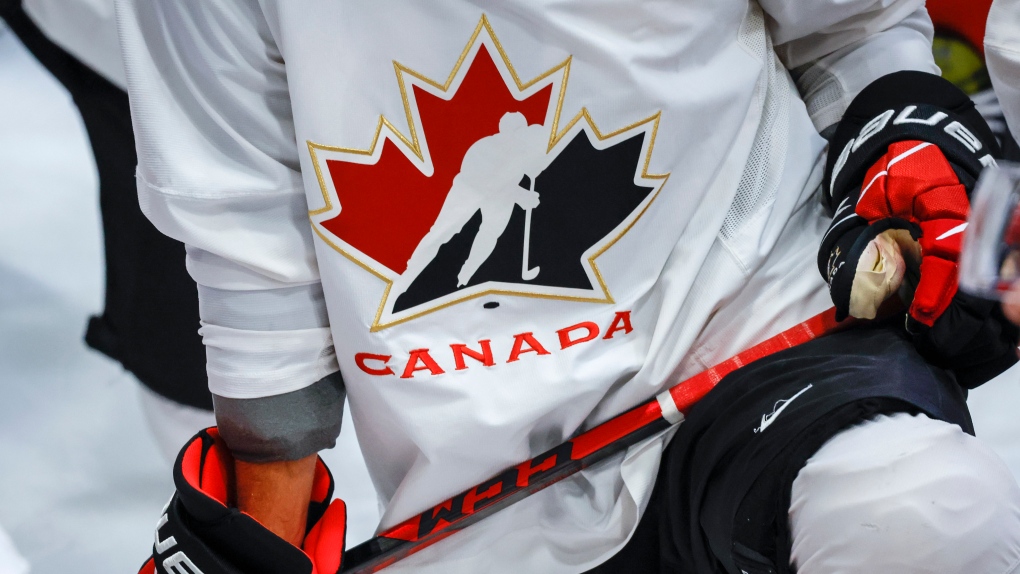 A Hockey Canada logo is shown on the jersey of a player with Canada’s National Junior Team during a training camp practice in Calgary, Tuesday, Aug. 2, 2022.THE CANADIAN PRESS/Jeff McIntosh

Odd summer timing and an ongoing sexual assault scandal at Hockey Canada could be the reason thousands of tickets to the World Junior Hockey Championship are still available on the eve of the tournament, says an Edmonton professor.

Prof. Dan Mason, who teaches in the faculty of kinesiology, sport, and recreation at the University of Alberta, said when Canada hosts, there are usually so many fans who want to see the home team take the ice that they are willing to buy Hockey Canada's packaged games that include teams that are not Canadian.

"So Latvia vs. Slovakia, for example, those games will be sold out as well because in order to get the tickets to watch Canada play, you have to buy a package that includes some of the other games," he said on Friday.

"The fact that there are still Team Canada tickets available, that tells you the demand is much lower than it usually is for this kind of event."

The tournament runs from Aug. 9-20 at Rogers Place in Edmonton.

The initial 2022 championship in Edmonton and Red Deer, Alta., was called off Dec. 29 after just four days because of rising COVID-19 cases among players and officials, which forced game forfeitures.

The 10-country tournament will be minus Russia, barred from participating by the International Ice Hockey Federation because of that country's invasion of Ukraine.

Around 1,500 tickets are still available for purchase on Ticketmaster to the first game between Czech Republic and Slovakia on Tuesday. About 1,300 tickets are available for the next day when Canada takes on Latvia. About 1,500 seats for the final game are also available with hundreds of other tickets to watch the 11-day tournament.

Mason said the timing of the games could be why interest is so low. The tournament typically runs over the Christmas holidays.

"Over the past 30 years or so, TSN has built the world juniors into this holiday event that people partake in," he said.

"I watch it with my family over the (Christmas) break though so it's kind of become part of our holiday tradition.

"This time of year, you probably already had plans to go to the lake, go to the mountains or do something summer-related. I don't think we're willing to give up those plans to watch hockey."

Many people could also be waiting for a former judge on the Supreme Court of Canada to begin independently reviewing Hockey Canada's governance amid calls for a change of leadership.

The review comes after members of the 2018 world junior team were accused of a group sexual assault after a gala event, and after Hockey Canada reached a settlement.

"I think there's people who weren't sure if they would go or not, and maybe deciding not to go because of that," Mason said.

The CEO of Explore Edmonton, which promotes tourism in the Alberta capital, said in a email the marketing organization paused its promotion of the games in response to the allegations.

"As the host city for the upcoming tournament, we continue to have discussions with Hockey Canada officials about their plans to address the need for change," said Traci Bednard.

Mason said inflation and less disposable income could be other factors working against the tournament.

"Canada may be more focused on that player development piece than trying to sort of make money off of a tournament being held in the summer," he said.

This report by The Canadian Press was first published August 7, 2022.