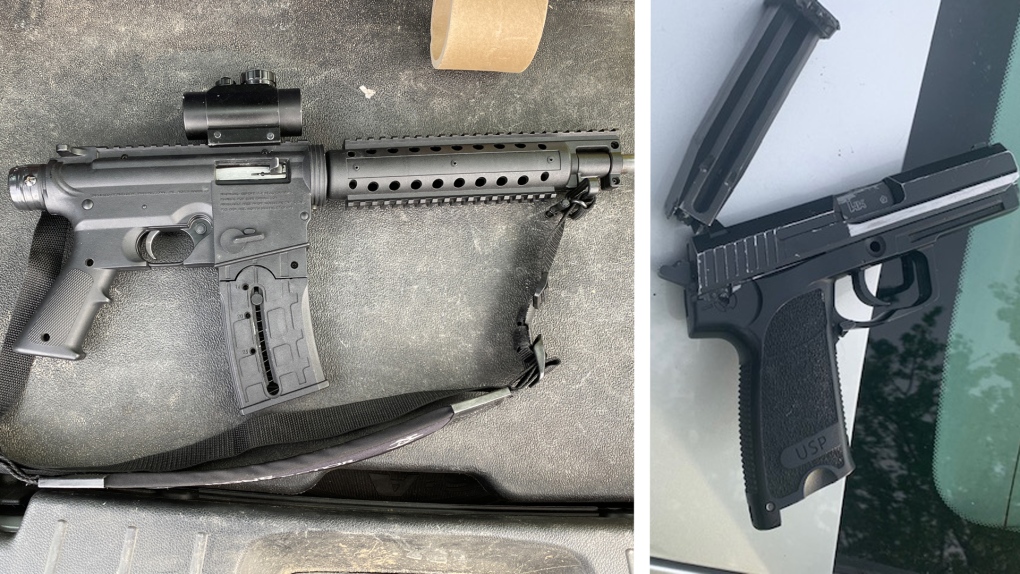 RCMP say they found a Mossberg Model 715T .22 calibre semi-automatic rifle and a replica handgun in the vehicle involved in the May 31 incident. (Photo provided.)

EDMONTON -- An Edmontonian is one of three people charged after High Prairie RCMP officers were shot at last month.

The shots were fired in the early hours of May 31 when police responded to a traffic-related complaint.

No police were hurt, but the incident prompted police dog, emergency and helicopter response.

Three people were taken into custody that night.

Police say a Mossberg Model 715T .22 calibre semi-automatic rifle and a replica handgun were found in the vehicle.

The trio faces between eight and nine charges each related to firearms, flight from police and possession of stolen property:

They have been conditionally released and are scheduled to appear in High Prairie Provincial Court on July 13.

RCMP continue to investigate where the guns came from.