EDMONTON -- Three family members are dead in a murder-suicide at a property on the outskirts of Edmonton.

Alberta RCMP said Mounties received a 911 call reporting a man with a gun at a home on Range Road 222 in Strathcona County at 6:14 a.m. Monday.

Responding officers including an Emergency Response Team found three people and a dog shot to death on the property.

A 55-year-old mother and a 13-year-old daughter are victims of homicide while a 53-year-old man related to them died from a self-inflicted injury, according to RCMP.

A fourth family member in the home got away and called 911, Detachment Commander Supt. Dave Kalist said Tuesday.

"We're not speculating on why this may have happened. Suffice it to say this is a tragedy where you have three deaths and there are family members that are still left behind to deal with this," he said.

CTV News has confirmed Gregory Gartner lived in the home with his wife Lois and two kids, though police have not confirmed the identities of the victims. 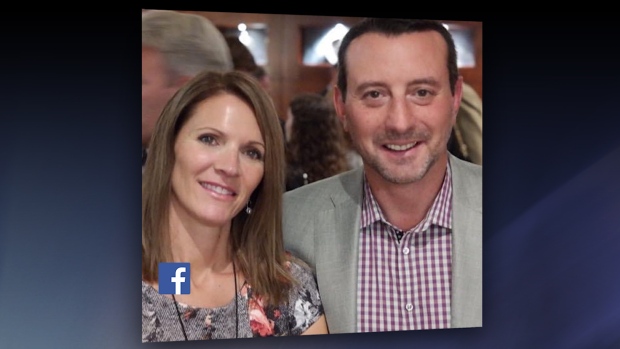 “Because the RCMP does not anticipate that this incident will result in criminal charges, we are limited in the information that we can provide to the public,” said Kalist.

“This is an extremely horrific situation and we ask that respect, support and privacy be directed to this family.”

In a news conference, RCMP said there were no records of domestic incidents or any other investigations linked to the address or the people who died.

The gun used in the fatal shooting was legally owned, investigators said.

There will be no charges laid or trial held due to the nature of the case.

Joe Tomanek runs a farm across from the property. He said his staff were not allowed to pass on the road Monday morning because it was blocked off and a spike belt was deployed.

"One of the neighbours had passed on some information. He lives just south of the residence on the lake and he had heard a gunshot around 6 a.m.," Tomanek said.

Another neighbour told CTV News a family of four lives at the property police were investigating.

The road reopened after 1 a.m. when RCMP said there was no longer any danger to the public. On Tuesday evening, a small memorial had sprung up near the home with some people leaving flowers, a stuffed bunny and letters. 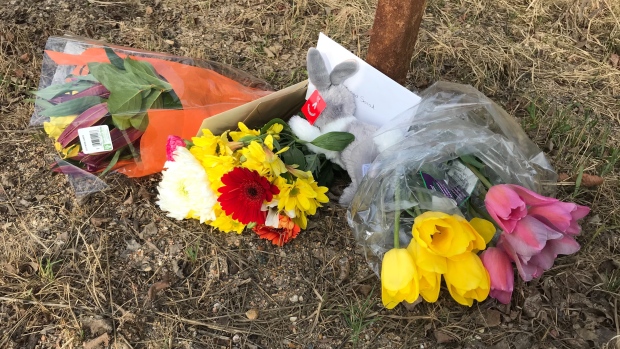 "We grieve together," Frank said. "I know there is a lot of pain that remains, and tragedy affects everyone in different ways."

RCMP said some officers who responded to the call have been deeply impacted by the horrific scene and are being offered mental health services.

He said anyone affected who needs mental health support should contact Strathcona County Family and Community Services at 780-464-4044.

Multiple businesses are registered to the property's address with the name Gregory Gartner. He also worked with the Moodys Tax Team.

"The Moodys Tax team is shocked and saddened by the tragic events regarding the loss of a colleague and his family," a statement from the company reads. "It is impossible for any of us to comprehend the heartbreaking event that occurred yesterday."