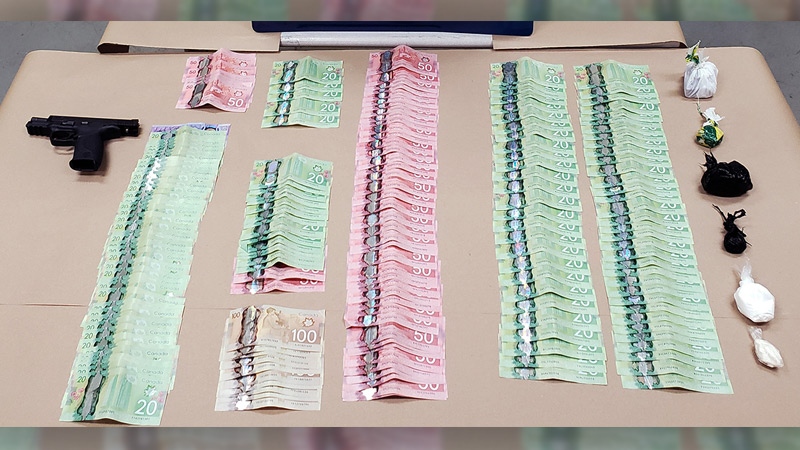 ALERT searched a Ft. McMurray apartment on Thursday, August 23, 2018 and seized drugs, cash and a handgun. Four people were arrested and charged.

Investigators in northern Alberta have arrested four people in connection to a drug trafficking case in Fort McMurray, including a Toronto man who was wanted for attempted murder.

Officers with ALERT’s organized crime team in Fort McMurray arrested the four men when they searched an apartment on Loutit Road on August 23, 2018, following a drug trafficking investigation that started earlier in the month.

Inside, officers seized fentanyl and cocaine worth about $80,000 and a handgun. The firearm’s serial number had been removed, and investigators plan to submit the weapon for further testing. Drug paraphernalia and $6,000 in cash proceeds of crime was also seized.

ALERT said Ali was also wanted on a Canada-wide warrant for his alleged role in a 2016 attempted murder in Toronto. ALERT has been working with police in Toronto to return him to Ontario.

Dirie and Mohamed are from Fort McMurray, ALERT said Mohiadin had no fixed address.