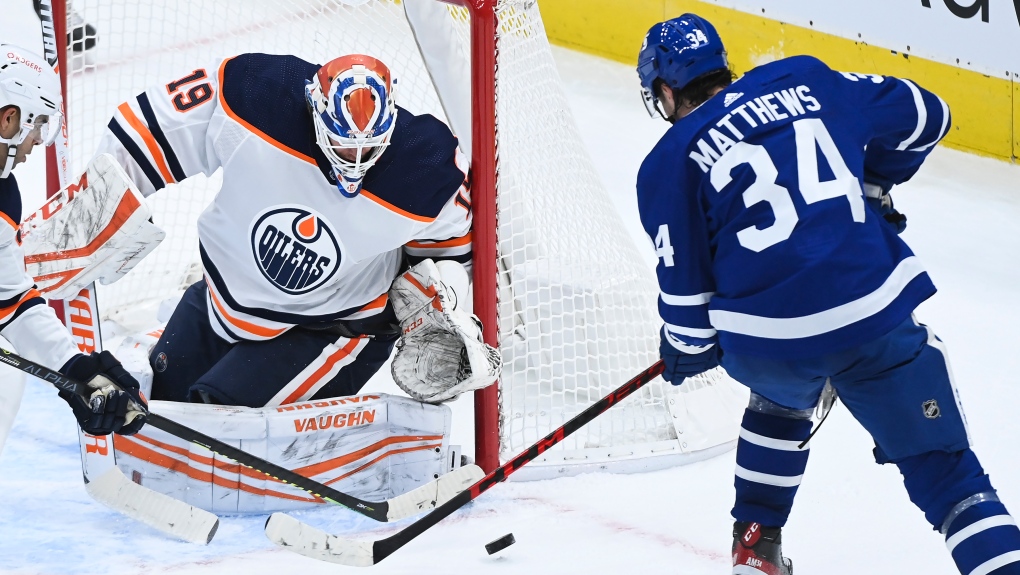 TORONTO -- The Toronto Maple Leafs will be missing two forwards in Friday night's rematch against the visiting Edmonton Oilers.

Thornton was hurt in Wednesday's 3-1 loss to the Oilers.

Matthews left the ice before the formal practice session on Thursday, with Keefe saying he wasn't feeling well coming out of the loss to Edmonton.

The Leafs (3-2) are tied for second with the Winnipeg Jets in the North Division, two points behind the Montreal Canadiens. The Oilers (2-3) are tied for fifth with the Vancouver Canucks.