Towering gingerbread house unveiled at Hotel Macdonald: 'You can eat this entire thing'

EDMONTON -- The tastiest piece of property in the city has been assembled in the lobby of an Edmonton hotel.

The hotel has been putting out a gingerbread house each holiday season, but this year's version is markedly bigger.

"It's been renovated and it's grown by about, I would almost say 100 times," said Garrett Turta, the hotel's general manager. "It used to be a small replica that would come in through a door and now it's the 18-by-20-foot structure you see behind me."

Some might look at the massive gingerbread house and assume that not all of it is made from delicious dough, icing and other edible accoutrements—but they would be wrong.

"It is all edible. Everything from top to bottom is edible, you can eat this entire thing," he said. 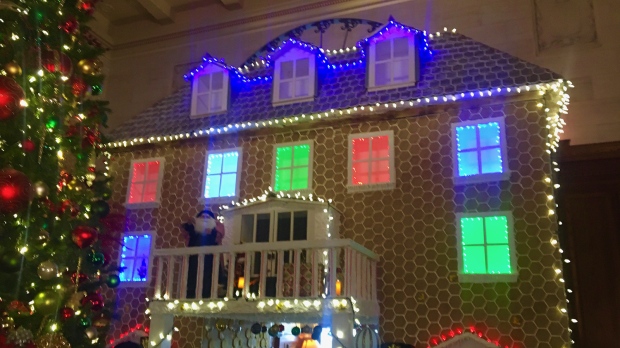 The idea to construct a larger-than-life gingerbread house has been baking for months.

"We usually start in June or July thinking about what the structure is going to look like, so it takes a little bit of time and then they start creating and building from there," said Turta.

The house took about 600 hours to bake and assemble, he said.

"They cut it and they shape it as they go to make sure that it all fits."

What does it take to create such a sweet structure? The Hotel McDonald used:

Whether they're staying at the hotel or not, everyone is invited to come check out the gingerbread house, which will stay on display throughout the holiday season.

With a report from CTV News Edmonton's Graham Neil and files from John Hanson. 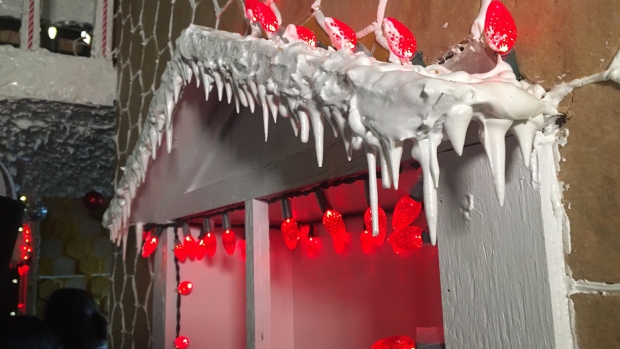