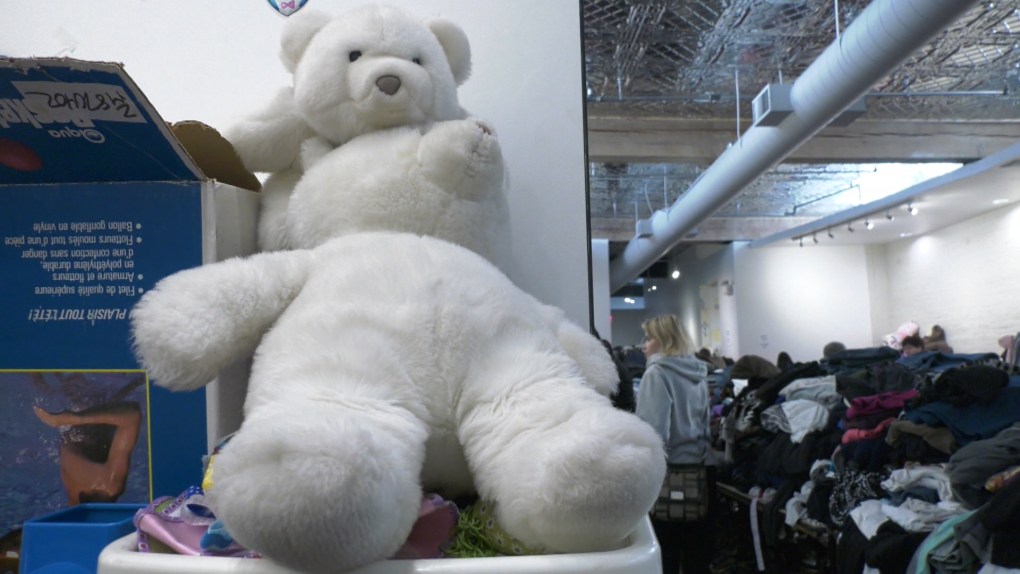 Teddy bears sit at the Free Store for Ukrainian Newcomers in downtown Edmonton on Nov. 23, 2022.

A toy drive in Edmonton is aiming to help Ukrainians celebrate St. Nicholas Day like normal during a time when nothing else is.

Janice Krissa-Moore helped launch the Free Store for Ukrainian Newcomers in downtown Edmonton in April with the goal of providing clothing and other essentials to Ukrainians who had recently come to Alberta's capital city.

Since then, the "store" – which is less a store, and more a space where the volunteer group organizes donations for pick up – has had some 5,000 visitors.

"We just had one suitcase. We had nothing," recalled Oksana Tucha, a former so-called customer turned volunteer.

"It helped us so much for the first time. And the next time, we said, 'We want to help you."

It's a common story among the volunteers, according to Krissa-Moore, all of whom are now focused on finding a way to keep the holidays celebratory.

"Back in Ukraine, we have this holiday, St. Nicholas Day, when children expecting gifts in the morning," Tucha told CTV News Edmonton. "They [are] always asking here if we will have this in Canada. So yes, they will have. And we will help them."

Until Dec. 10, the Free Store for Ukrainian Newcomers is collecting donations of new toys, chocolate and money.

The store's organizers want to distribute gifts and movie passes to 1,000 people, or about 250 families, on Dec. 17 so the presents can be delivered in time on Dec. 19, when St. Nicholas Day is celebrated in Ukraine.

"These children flew from a war. So they heard a lot. And they're still children. We want their childhood to continue and keep this Ukrainian tradition," Tucha said. 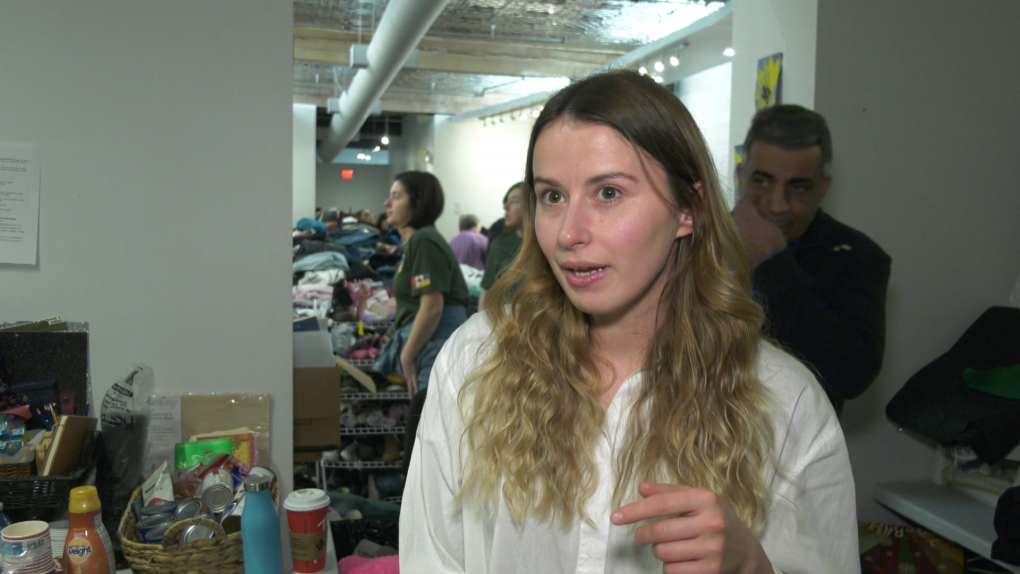 Oksana Tucha fled the war in Ukraine and arrived in Canada in August 2022. Her family landed in Edmonton with "one suitcase," she told CTV News Edmonton in an interview on Nov. 23, 2022.

Krissa-Moore added, "The beauty of it is it's the Ukrainian newcomer families that have been here for five, six months. They're the ones that want to help, as well. Many of them are working and they're also donating back.

"It's quite beautiful, how I feel we're all united. We're in this together and we're going to do something really special for their first Christmas in Canada." 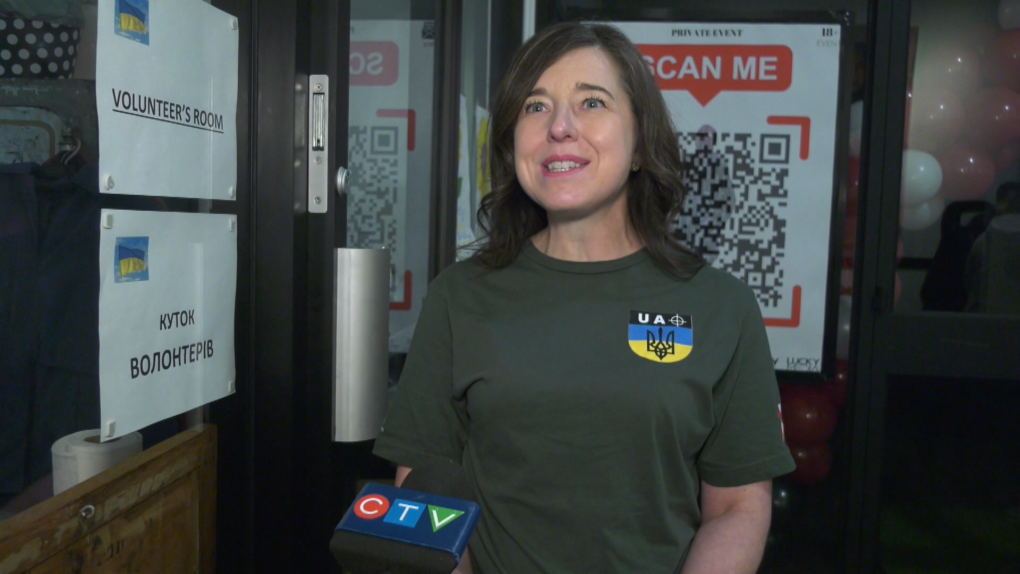 Janice Krissa-Moore speaks to CTV News Edmonton on Nov. 23, 2022. She helped launch the Free Store for Ukrainian Newcomers in downtown Edmonton in April with the goal of providing clothing and other essentials to Ukrainians who had recently come to Alberta's capital city.

Australia is removing monarchy from its bank notes

The organization regulating medical care and services in Manitoba is apologizing for racism directed towards Indigenous people when accessing health care in the province.

A Quebec woman said she was very surprised to find her stolen Audi had been used in what’s being described as an “absolutely insane” Ontario mall theft.