Trial to begin in fatal collision that left three dead 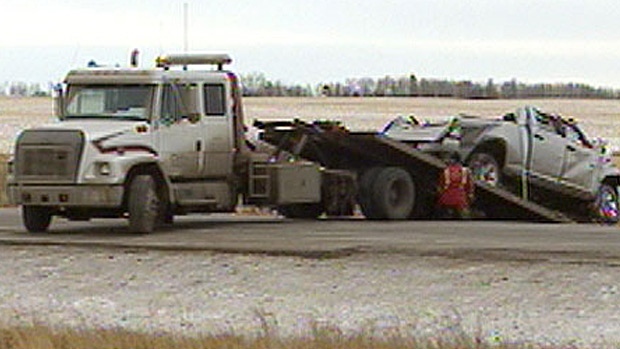 Crews were cleaning up Saturday afternoon after a tragic overnight collision resulted in the death of three men in the Beaumont area. November 26,2011

The trial for a man charged with three counts of manslaughter after a fatal collision near Beaumont will get underway Monday.

Bradley Arsenault, Kole Novak and Thadeus Lake were killed in the incident.

Arsenault’s mother told CTV News last year that she was putting her faith in the prosecution.

“I put my faith in them that they will fight hard for the three boys because we know they were just trying to get home that night,” she said before the preliminary hearing for Pratt in January of 2013.

She also said she has been focusing her work with the Families for Justice network, which has been trying to get harsher penalties against impaired drivers.

“Families for justice is what we think is going to help spread this around.”

The group has started a petition to call on politicians to develop tougher legislation around impaired driving.

“We’re trying to save lives because no one is immune to this. It can happen to anyone, anytime.”