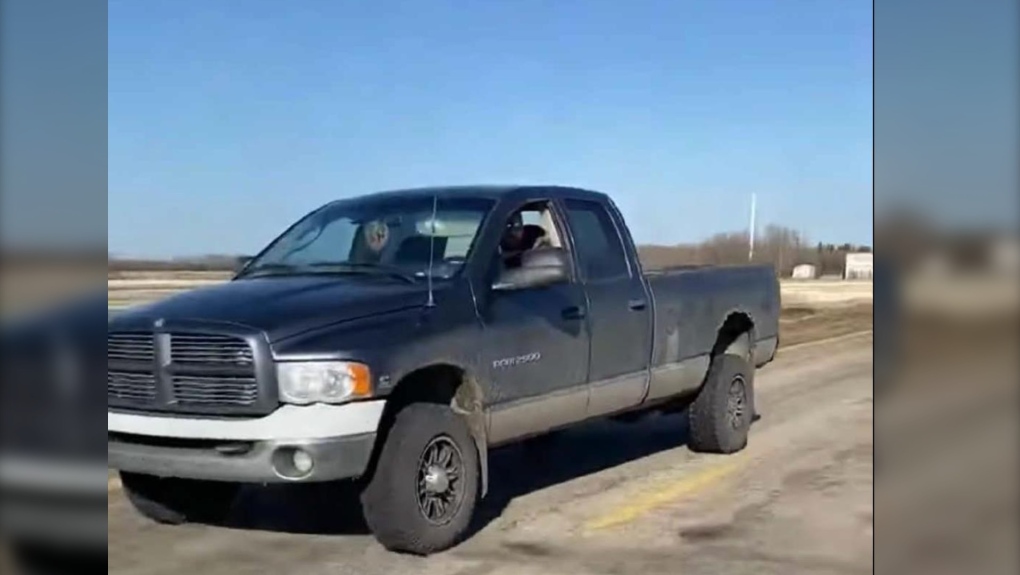 A photo of the Dodge truck involved in the road rage incident in Parkland County (Supplied/RCMP).

EDMONTON -- Tips have led Mounties to identify and ticket a man for intimidating cyclists with his truck.

The unnamed 26-year-old was tagged with stunting, which means he'll lose three demerit points and faces a fine of $567.

Jill Jordan and a friend were cycling west of Edmonton on April 16 when a driver passed them, yelling obscenities. Then, he circled back and sprayed gravel toward the pair. Part of the encounter was recorded.

After hearing of the ticket on Thursday, Jordan said there were "a lot of very happy and relieved people this morning."

Police released a photo of the driver earlier in the week, asking for the public's help identifying him.

Mounties said Thursday his name is not public information on a provincial ticket.