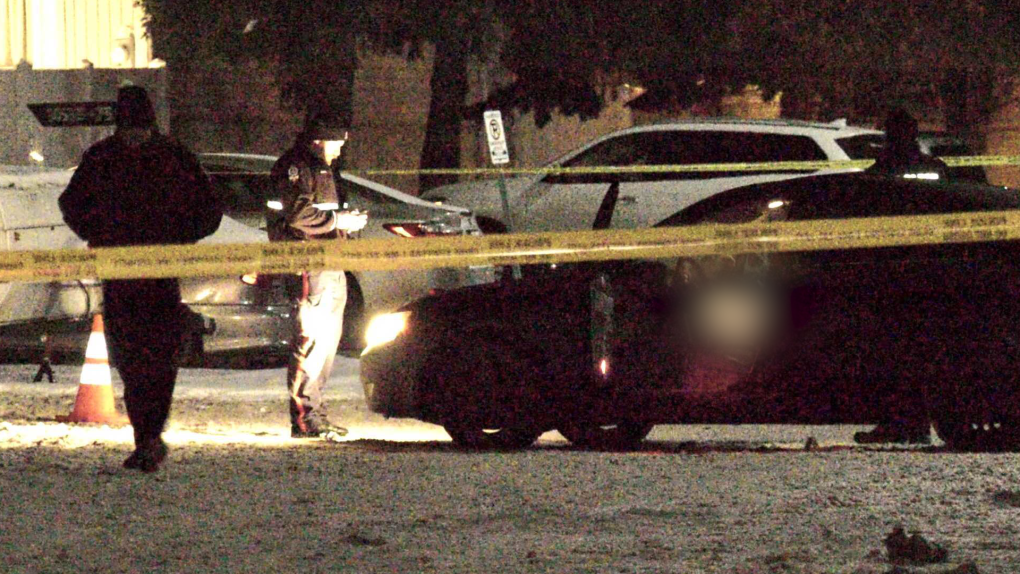 Police at the scene of a "suspicious death" in north Edmonton. Tuesday Nov. 24, 2020 (CTV News Edmonton)

EDMONTON -- A 25-year-old man was shot to death in northwest Edmonton Tuesday night, police have confirmed.

At approximately 6:40 p.m., officers were called to a weapons complaint in the area of 121 Street and 146 Avenue and found Abdirahman Hashi dead inside a vehicle.

He died of a gunshot wound and his death was ruled a homicide, EPS said.

A 22-year-old was also found injured in the vehicle and was taken to hospital with non-life threatening injuries.