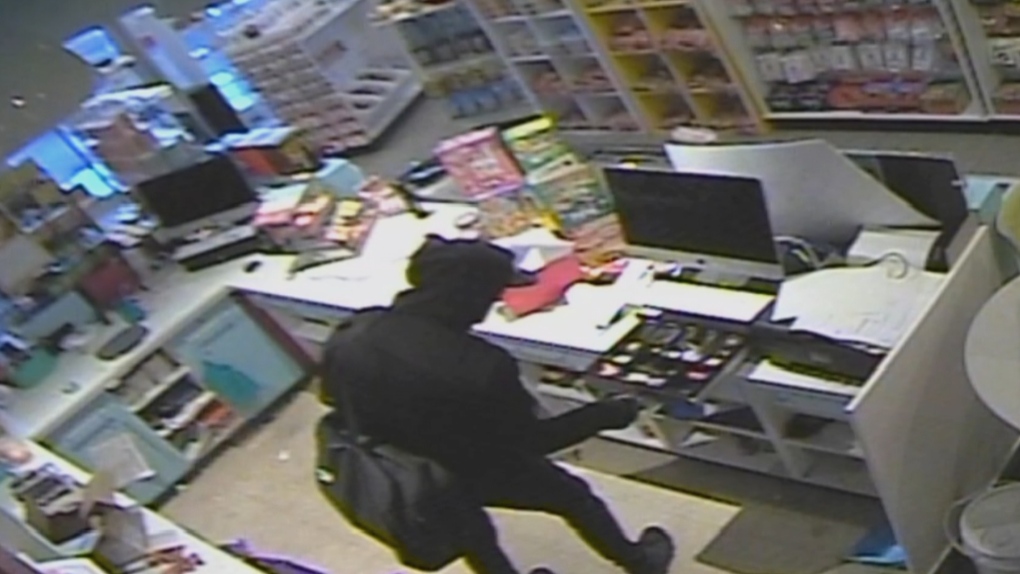 A robber appears to open a cash register during a break-and-enter in west Edmonton on Wednesday, August 26.

EDMONTON -- Police have charged two people after more than 55 break-and-enters in the Edmonton area between July 24 and Sept. 1.

Small businesses in Edmonton, Acheson and Leduc were targeted in the early-morning robberies, the Edmonton Police Service said.

More than $5,000 in cash and goods was stolen, including food, gift cards, a computer and debit machines, police said.

Two people were arrested after being observed breaking into a Leduc business on Sept. 1, according to EPS.

Additional charges are pending against Caldwell and Armstrong.

EPS confirmed Tuesday that the arrests are related to two incidents it was investigating in August.

Sweet Convenience and myFries Poutinerie on 107 Avenue both had their windows smashed and merchandise stolen.