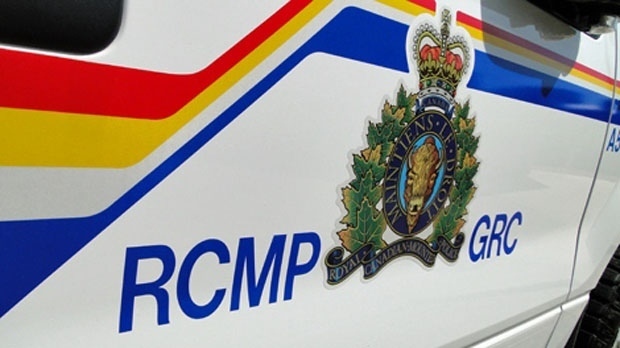 An RCMP cruiser is shown in this undated file photo.

Two people are facing charges after a U-Haul truck that had been used in a break-in hit a person and a police vehicle in eastern Alberta.

Police were called to a business on the north side of Bonnyville around 11:20 p.m. on Thursday after a report of a break-and-enter.

The owner of the business suffered minor injuries after being hit by a U-Haul truck as the suspects fled the scene.

Officers located the truck on Highway 28 driving at a high speed, and police initiated a pursuit.

The truck stopped near the village of Glendon. Mounties said the driver then reversed into the police cruiser that was following it.

A passenger jumped out of the truck and was arrested before the U-Haul drove off again.

The truck ended up in a ditch near Saint Lina and the driver fled on foot. He was found a short time later by a police canine team. He suffered minor injuries and was taken to hospital and then released back into police custody.

Christian Lee Bubar, 32, of no fixed address, was charged with break and enter, assault with a weapon, assaulting a police officer with a weapon, dangerous operation of a motor vehicle and flight from police, among other charges. He was also wanted on outstanding warrants from Bonnyville RCMP.

Kaylin Desmarais, 26, of La Corey, was charged with break and enter, assault with a weapon, assaulting a police officer with a weapon, and failure to comply with recognizance. She is also wanted on an additional warrant from Bonnyville RCMP.

Bonnyville is about 240 kilometres east of Edmonton