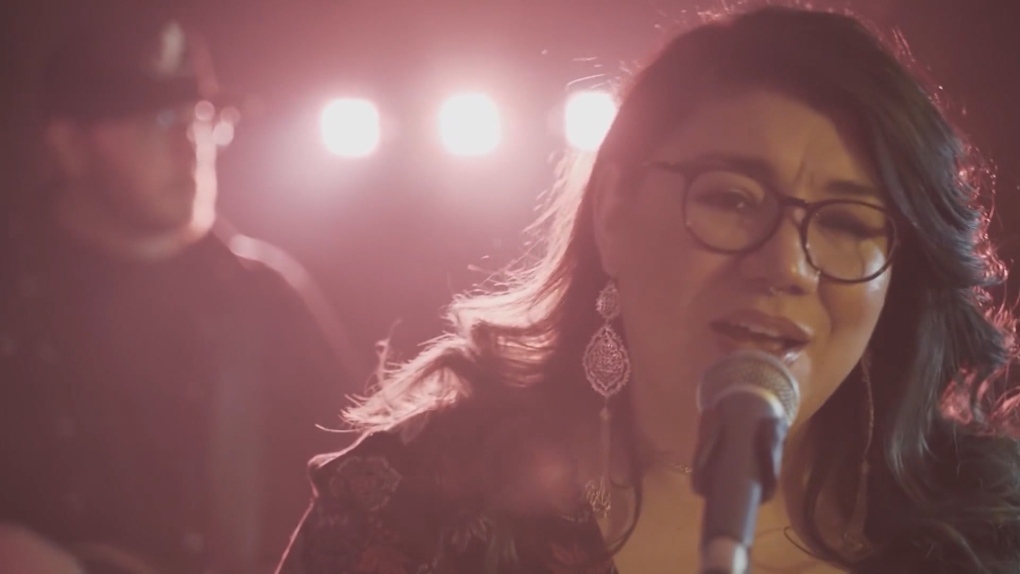 EDMONTON -- Celeigh Cardinal and the band Striker are Edmontonians and both groups took home their first Juno awards Monday night.

“How do I say this… it was crazy,” said Celeigh Cardinal. “As soon as they said my first name the house was in an uproar, there was screaming, there was crying, everyone was on their feet hugging.”

Cardinal won Indigenous Artist or Group of the Year for her album Stories From A Downtown Apartment. This was her first Juno Award nomination and win.

The awards were originally scheduled for March 15, but were postponed due to COVID-19. Cardinal said that at first the delay didn’t bug her.

“The anxiety kind of just simmered a little and then it just sort of sat there, it was just this state of anxiety that I was feeling.”

She said her curiosity over when the awards would be held started to drive her “a little bit crazy,” but that hearing the awards were being held online was a welcome surprise.

“I got to be surrounded with my family, my son was there and he wouldn’t have been there otherwise, so that was actually really nice.”

Cardinal also said she wants to use her platform to inspire Indigenous kids to achieve their dreams.

“When I was growing up I didn’t get to see anybody who looks like me in magazines, on stages, that wasn’t a thing…If I can do this you can do it,” said Cardinal.

The other Edmonton win was the band Striker, they took home Metal/Hard Music Album of the Year for their album Play to Win.

“For us it’s very validating, we’ve been working at being musicians for 20 years or longer in some cases,” said Tim Brown, one of the guitarists for Striker.

Striker was formed in 2007, their 2017 self-titled album Striker had previously been nominated for a Juno in 2018.

Brown said they are excited to be Juno winners, especially since they are a D.I.Y band.

“We do everything ourselves, we record our own albums, we release them ourselves, we’re not on a label. To win as an independent from Edmonton means a lot to us,” said Brown.

“We want to show that not only can you achieve success and perform at a high level from Edmonton but you can do it as an independent artist.”