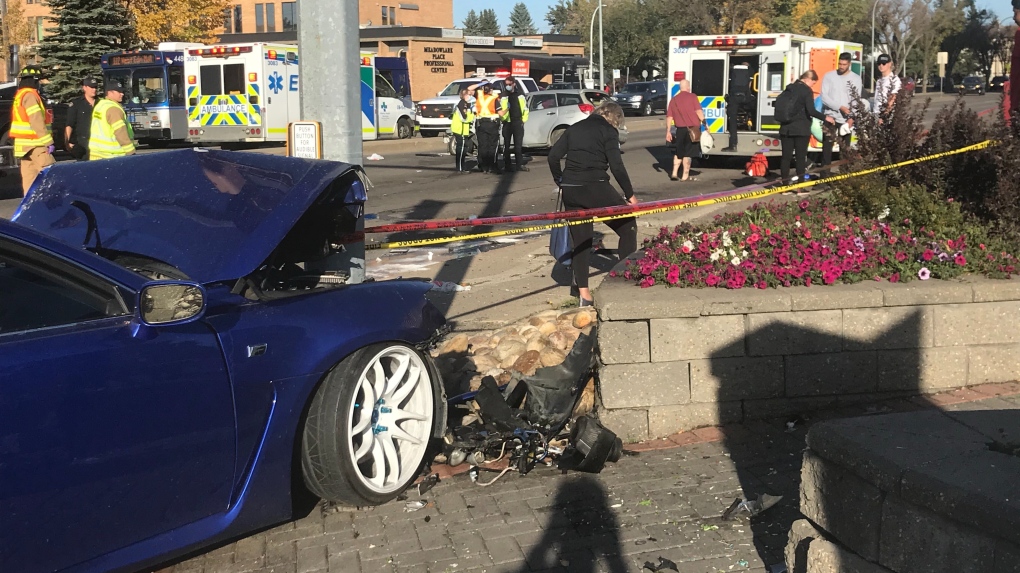 EDMONTON -- Edmonton police are investigating a crash that injured two people, sending both to hospital with serious injuries.

The crash occurred at the intersection of 87 Avenue and 156 Street around 4:30 p.m. Tuesday.

Two vehicles, a Lexus and a Hyundai Genesis, appeared to be racing on 87 Avenue before the crash, according to police.

The Lexus collided with a third vehicle making a left turn on to 155 Street. The Hyundai fled the scene.

Police said speed is a factor in the collision.

“We were waiting for our light to turn green and suddenly we heard a big bang,” said Franz Lehnert, who witnessed the crash. “We looked and we saw a blue car flying through the air and smashing into the light pole and then another car flying further down… with a lady in it that looked like she was in pretty bad shape.” 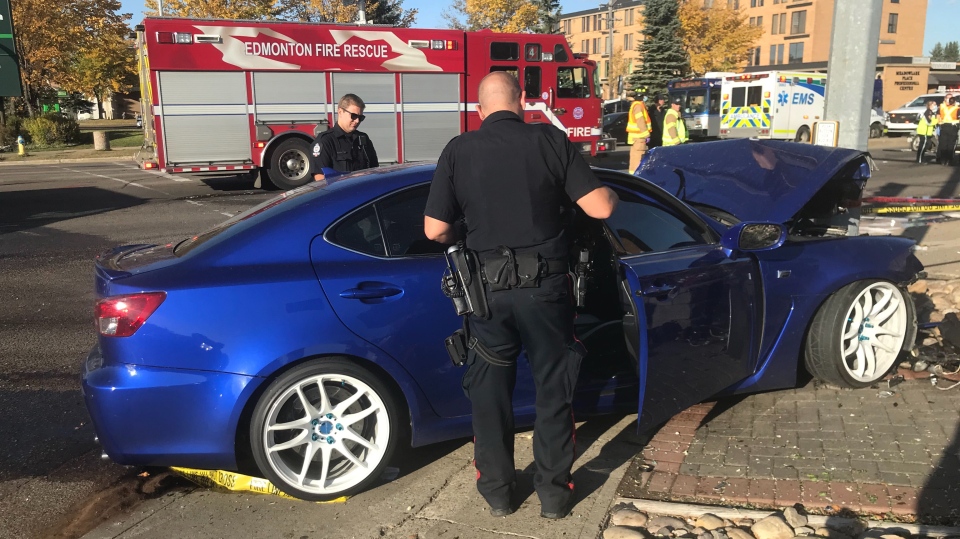 The driver of the Toyota, a 49-year-old woman, suffered serious injuries and is recovering in hospital.

The 27-year-old driver of the Lexus was also taken to hospital with serious injuries.

The collision is under investigation and police said charges are pending.