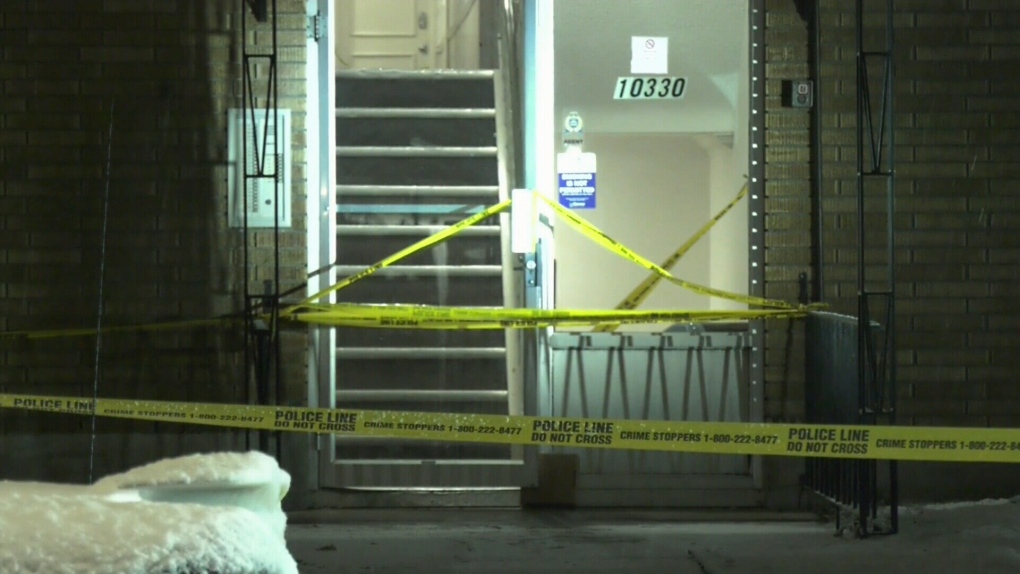 A man was found injured outside an apartment building near 103 Avenue and 115 Street on Dec. 3, 2019. He died in hospital from his injuries.

EDMONTON -- A man who died after being found injured outside an Oliver apartment Tuesday morning was shot, and police are considering his death a homicide.

The victim has been identified as 45-year-old Arthur Charles Edward Beauchamp.

Investigators are searching for information about a grey Nissan Rogue or a clean white pickup truck near 103 Avenue and 115 Street between 10 a.m. and 10:30 a.m. on Dec. 3.

Police were called to a building in the area just after 10 a.m. on Dec. 3 after a 911 call was made about a family dispute.

Beauchamp was found lying on the ground outside in medical distress.

He was taken to the hospital where he later died.

Anyone with information about the suspicious vehicles or Beauchamp's death is asked to call Edmonton Police Service at 780-423-4567or Crime Stoppers at 1-800-222-8477.