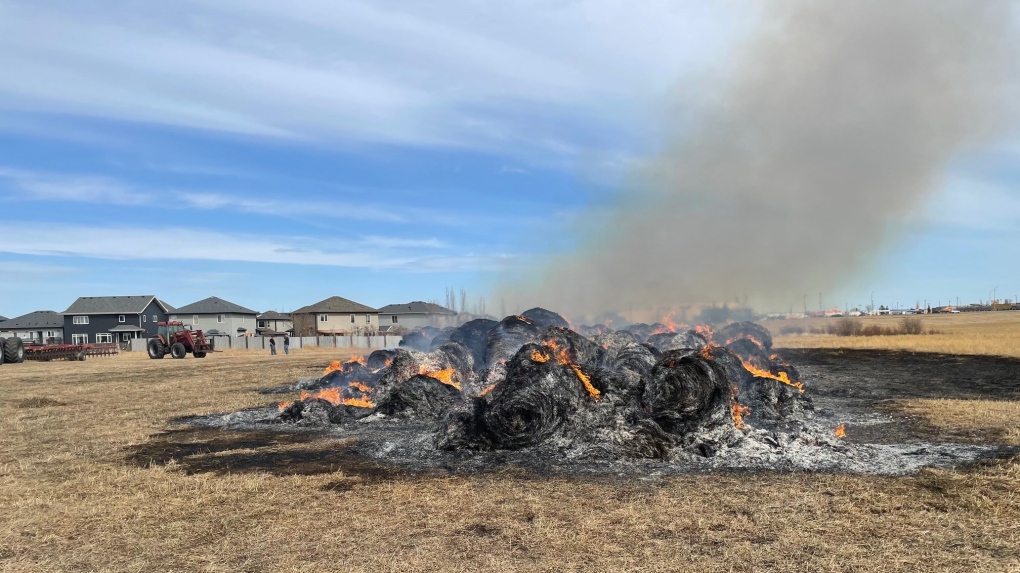 EDMONTON -- Two 13-year-old teenagers have been arrested and charged by RCMP after lighting bales of hay on fire.

Parkland RCMP said in a news release that they responded alongside Parkland Fire Department to reports of arson Saturday at Highway 16A and west of Jennifer Heil Way in Spruce Grove.

Mounties say the hay bales were lit on fire in a field adjacent to a residential neighbourhood.

Damages are estimated by officials to be around $10,000.

Both youths are scheduled to appear at Stony Plain provincial court on June 4, 2021, police say.