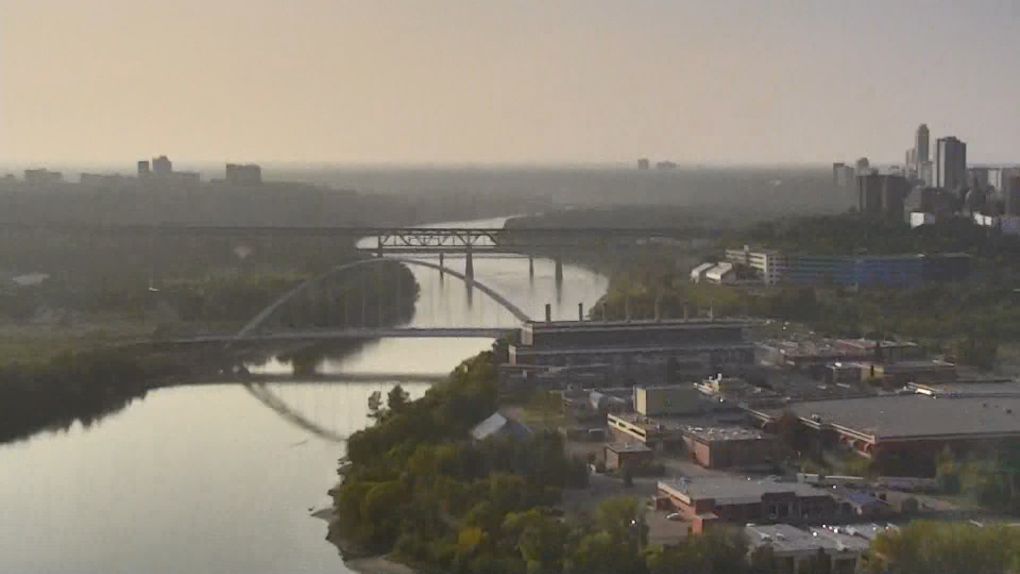 A haze has settled in over Edmonton as smoke from wildfires in the U.S. comes up to Canada. Sept. 16, 2020. (CTV News Edmonton)

EDMONTON -- A bit of a haze settled over the Edmonton region on Wednesday. The Air Quality Health Index was no higher than a two, which is in the Low Risk category. But, it was noticeable and may become thicker over the next few days. 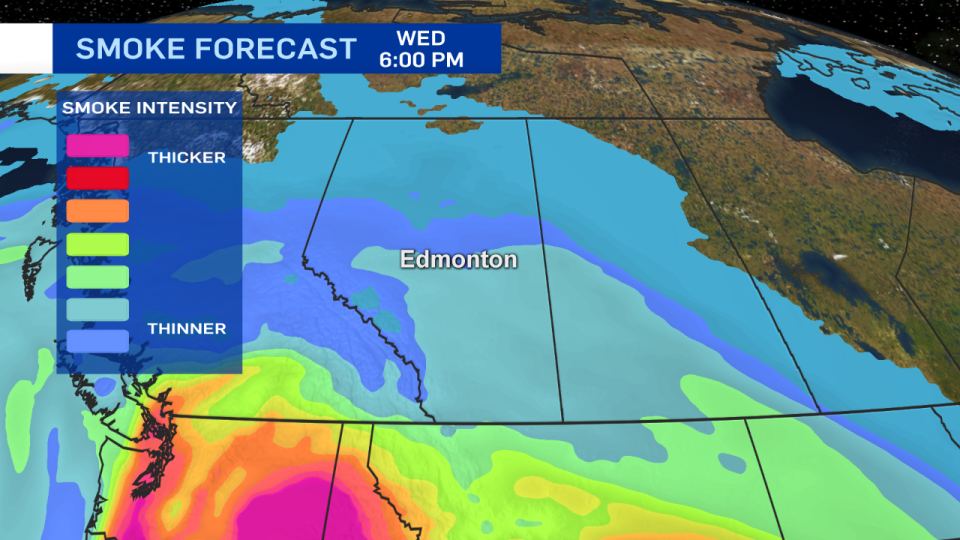 The AQHI is forecast to be a three or four on Thursday. A four is at the low end of the Moderate Risk range and could pose some issues for people with compromised respiratory systems. CTV meteorologist Josh Classen says most people problem won’t have breathing problems on Thursday and it will likely skies will likely “look” a lot like Wednesday. But, Classen says upper wind could carry some thicker smoke towards Edmonton on Friday. “I think Friday’s probably the worst we’ll see. It won’t be anything like the pictures you’ve seen from the US and the Canadian west coast. But, most people will likely notice it the haze.” Conditions are expected to improve over the weekend as a northwesterly wind brings some clearing. 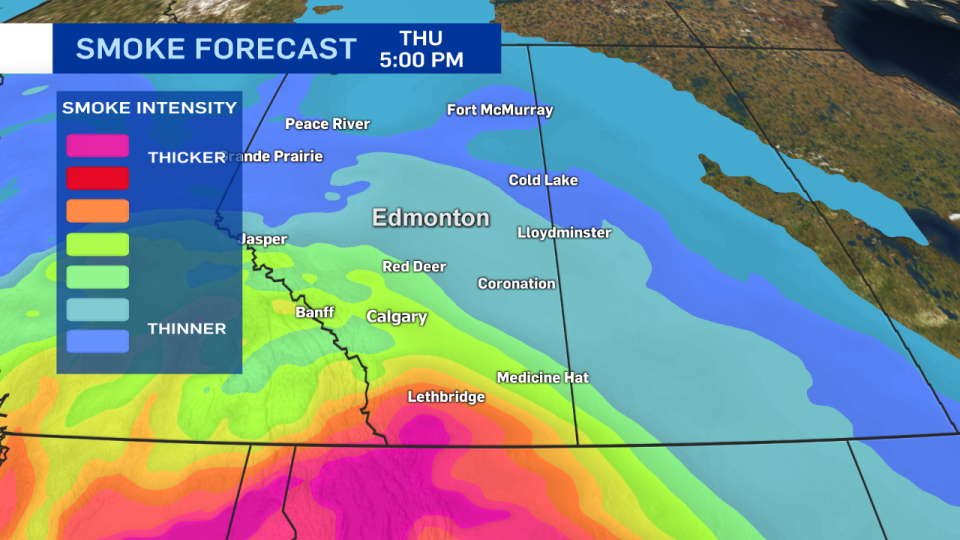 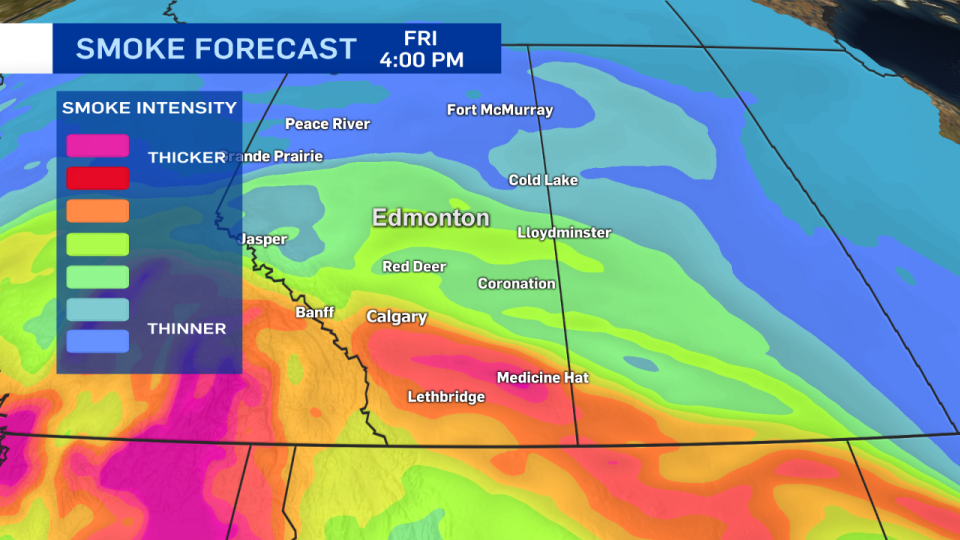