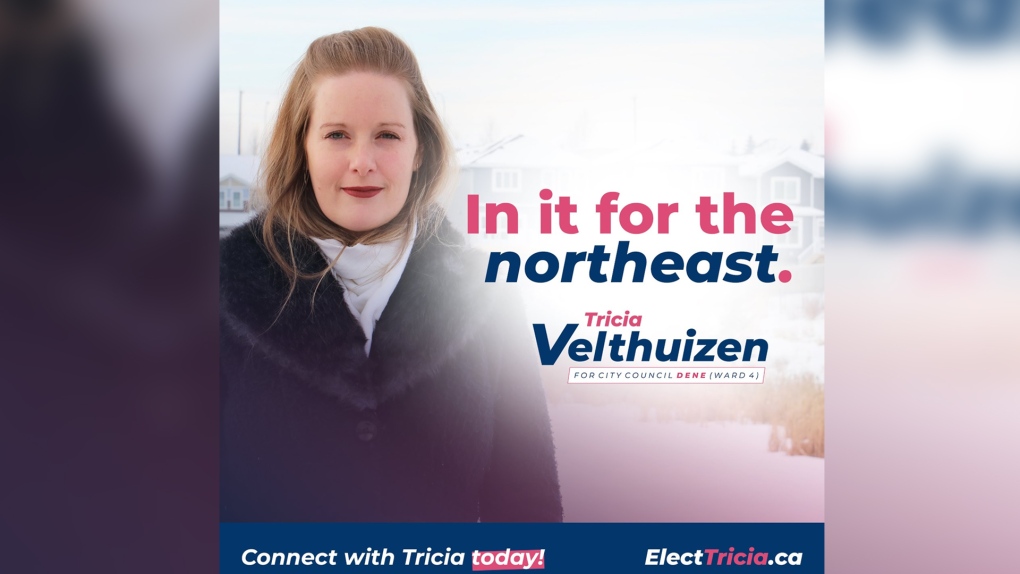 EDMONTON -- A provincial press secretary says she will keep her job in a UCP minister's office while campaigning after hours for a seat on Edmonton City Council.

Tricia Velthuizen, spokesperson for Service Alberta Minister Nate Glubish, is running to represent the new Dene ward in the northeast corner of the city.

Velthuizen has launched a campaign website, a political Facebook page and lists her dual roles on Twitter, but declined an interview request with CTV News Edmonton.

In a statement posted online, Velthuizen said she’s been in contact with the Ethics Commissioner’s office to inform them of her campaign, and to make sure she’s following the rules. She added she’ll be taking an unpaid leave of absence closer to the October vote so she can campaign full time.

Staff of the Premier and Ministers are allowed to participate in election and leadership campaigns “if their involvement does not interfere with, diminish, or involve in any way, their employment responsibilities,” a provincial code of conduct says.

An official in the Office of the Ethics Commissioner confirmed Velthuizen contacted them and she is allowed to run, “provided she does not campaign or perform campaign activities during her government work hours and uses no government resources in the process.”

Dene is currently known as Ward 4, but will be officially renamed in October as part of a city-wide plan to use Indigenous ward names.

The area is currently represented by Aaron Paquette, who would not say if he plans to run again.

Velthuizen previously worked for Edmonton Public Library and as a researcher for the Wildrose Party and the UCP.

Lana Palmer and Gerard Mutabazi Amani are also running in Dene, according to a preliminary list by local writer Dave Cournoyer.